The roof refurbishment of the National Sperm Bank in Birmingham was one of the most sensitive projects undertaken by contractor Rio Asphalt in recent years. Completed last September to high acclaim, it was thanks to the specification of Sika Liquid Plastic’s new low odour liquid applied product, Decothane Ultra, that the works caused no disruption to the building’s vital facilities.

Due to its age, precautionary measures dictated a refurbishment was needed to protect the rooms in the building below from leaks. With the shear amount of plant on the roof, and based on the initial roof survey, it was decided that the single ply was in a good enough condition for the overlay of a new product. 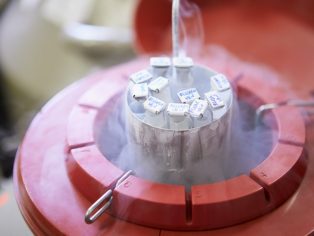