Sonal Rathod from PLP comments on the impact that Brexit is having on the firm, which currently employs a large number of EU staff.

Employees from the EU bring a breadth of international experience and different schools of thought to the architectural process at PLP. The practice as a whole comprises 45 different nationalities, and EU employees represent a large proportion of this. They are invaluable members of staff, constituting just under a half of our entire UK workforce.

The initial reaction to the Brexit vote among staff was shock, disappointment and confusion; “What did it all mean?” was the question I was asked repeatedly by staff members. Not only were EU-born staff expressing surprise and shock, UK employees were similarly dismayed.

In terms of practical dangers for the firm however, Brexit would potentially mean losing good talent – we have such a talented group of individuals that all contribute to the success of what we do. For individual employees, many of whom have now built a career and a life here in the UK, Brexit throws up a host of uncertainties as to what the future holds for them and their families.

Despite this, a few months down the line and staff seem to be getting on with things with a quiet optimism, which is great to see. We reassure staff; we communicate effectively and stand ready to help staff once there is a clear picture of what will happen.

While there have been no real assurances made by central Government in pre-Brexit negotiations with respect to EU nationals working in the UK, the London Mayor seems to be keen on London workers obtaining a special provision which has been encouraging to read about. Despite his discussions around a possible London work permit system with key figures in the Brexit team such as David Davis and Boris Johnson however, it looked early in 2017 from Government comments that it was resisting regional exemptions to policies. William Hague has suggested a simple work permit scheme for EU nationals. Under his plan any EU citizen with a job offer in Britain would qualify for a work permit. There would be little or no welfare support but the freedom to work in Britain would be retained. Theresa May is said by Ministers to favour the idea of a work visa.  I would have hoped she would be backing such an initiative or at least confirming that EU nationals employed here will be safe. Some degree of re-assurance from the Government would be welcomed.

Yes, there are many who thought Brexit was a good idea. We respect that they are entitled to their opinions and that they are determined it will work for them. Yet, I highly doubt that the Government’s discussion of a possible interim position will mean ‘no exit for the forseeable future’. I don’t think that will be the case, despite it being somewhat protracted.

Here at PLP we are attempting to plan ahead in order to try and cope with what Brexit is likely to mean for staff. We have identified three immediate priorities:

• Help the business create a positive mind-set to take advantage of the opportunities that arise. Develop a proactive communication strategy, and provide a channel for employees to share concerns. Reaffirm our company values of openness and inclusiveness.

• Address the ‘here and now’ issues. Assess how economic volatility is affecting incentive targets, and decide what action is needed. We will provide reassurance to employees where necessary, including help in dealing with practical concerns like residence applications.

• Look longer term: e.g. understanding how immigration policy could affect our talent pipelines; reviewing the impact of any business moves and how our employee value proposition may need to change. Getting educated about the implications of Brexit is key as is being prepared to participate fully in scenario planning.

The end to the current level of freedom of movement (FOM) presents two immediate talent and labour market issues to consider. The first relates to existing EEA/Swiss nationals working who will need a clear communication strategy and who may need to formalise their existing rights to ensure they benefit from any transitional arrangements agreed as part of the UK’s exit negotiations with the EU. The second is the impact on the resource pipeline when FOM ends. This will impact both low and highly skilled individuals and also UK nationals who need to travel into the EU for business travel or on a longer term basis.

We will identify groups that are potentially impacted by changes in FOM by communicating with all employees, providing reassurance to impacted individuals, and evaluating alternative talent sources outside the EEA including the additional cost implications such as that of visas. We will also consider a policy of supporting residence applications for EEA/Swiss nationals to demonstrate they have been exercising their treaty rights under EU law.

As time has passed, PLP has moved on from the shock of the referendum result and we are looking to the future. Our experience is that we are adaptable and we will now focus on how to make the most of the opportunities that Brexit creates. HR has a crucial role to play in helping get management and the wider workforce energised and focused on the right issues, and also in implementing a strategy where people issues rank highly among the practical implications. PLP has always benefitted from EU and other international staff. These employees contribute invaluable knowledge and skills, and we do feel there will be a ‘talent hole’ if we were to lose our EU staff. It may not stop the projects as such, but it will hinder the expertise or talent pool which we may not be able to find elsewhere. 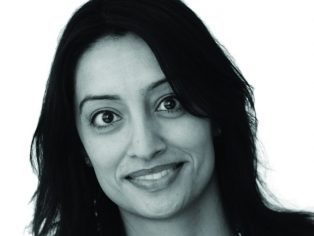