A major new study from the Resolution Foundation on the impact of Covid-19 restrictions and lockdowns has found that tenants are suffering financially and significant support from the Government is needed to avert a debt and evictions crisis.

The foundation’s survey of more than 6,000 UK adults discovered a perfect storm has developed in the rental market, with job losses and reduced incomes producing higher rent arrears and growing insecurity. They are calling on policy makers to step in with long-term changes, resulting in lower rents, higher levels of housing benefit and more security from eviction.

More than one-in-six (17 per cent) of social renters reported being behind on all, or part, of their housing costs, with nearly one-in-eight (12 per cent) private renters also unable to cover their rent in full. This compares to one-in-fourteen – or seven per cent – of mortgagors for part of housing costs. And this is despite nearly one-in-ten (nine per cent) tenants are already running up debts to pay

In addition, close to one-in-seven black, Asian or minority ethnic adults are currently behind on housing costs, almost double the one-in-fourteen (seven per cent) of white respondents who report being in that position.

The lowest paid workers tend to be tenants and they have also been harder hit by job losses and reduced hours than those further up the payscale. Those in the lowest pay quintile are twice as likely to be in housing costs arrears than those in the highest quintile (10 per cent to 5 per cent respectively).

Private renters are especially exposed to current financial pressures. Over one-in-five (22 per cent) report cutting back on other types of spending to manage their housing costs.

With the COVID-19 jobs crisis only likely to worsen in the months ahead, state support has a key role to play if housing costs are not to become an even more serious pressure on strapped household budgets.

The benefit system is already taking more of the housing costs strain, with the proportion receiving support up between May and September. Most strikingly, the claimant rate of private renters has increased by 33 per cent in this period, indicating that the earnings hits they have experienced have reduced incomes to a point at which many more of this group have become eligible for support.

More than three-in-ten (31 per cent) of private renters do not expect to stay put or do not know where they will be living in one year’s time, unsurprising given that this is the most mobile of tenures, but it is five percentage points higher than the 25 per cent who move (in England) in any ‘normal’ year.

While many of these moves can be for positive reasons (being able to afford a better home, for example, or a change in circumstances such as moving in with a partner), two per cent of private renters expect to be asked to leave their current tenancy due to their inability to pay their rent (and a further four per cent plan to move to cheaper accommodation before they are pushed).

With the moratorium on evictions having ended in September (albeit with the requirement that landlords give tenants in arrears six months’ notice of repossession), this figure suggests around 200,000 private renters in England could face eviction in the UK over the next year.

A clear commitment from Government to maintain the current level of housing costs support (at the 30th percentile of local rents) would be a big step in the right direction, as would a prolonged suspension of the benefit cap and an extension of the evictions ban.

But in the final analysis, the Resolution Foundation says that the benefit system and the courts cannot resolve the fundamentals: that private rents in particular are now set too high, and need to be encouraged to move to a ‘new normal’ (we see no evidence to date of movement towards a new equilibrium in the market). The key question is, how can policy makers encourage that to happen?

Housing is often the largest single cost a household has each month, and one that is usually hard to adjust in the short-term. Coping strategies such as mortgage holidays and rent reductions, can only last for limited periods and after the last six months they appear to be wearing thin.

Most worryingly, both private and social renters are now more than twice as likely than mortgagors to have lost their job (eight per cent of private renters and seven per cent of social renters, compared to three per cent of mortgagors. This shows younger and lower-paid workers (who are more likely to be renters) are bearing the brunt of the COVID-19 jobs crisis.

Confidence levels are also falling with 15 per cent of private renters and 13 per cent of social renters currently in work are worried they might lose their job in the next three months, compared to 11 per cent of those with a mortgage. 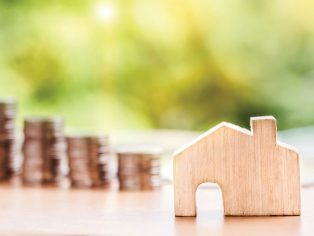