The Chief Executive of Stevenage Borough Council, Scott Crudgington, has announced he will be leaving his position after nearly four years leading the council.

Crudgington joined in 2001 and formerly held senior positions at the authority including Strategic Director (Resources) and Deputy Chief Executive. His career in local government spans more than twenty five years and includes 10 years at the London Borough of Redbridge.

During his time at Stevenage, he has been instrumental in safely steering the council through one of the most turbulent financial periods in the history of local government. Scott’s specific achievements include developing the partnership working to help kick start the town centre regeneration plans.

“I would like to take this opportunity to thank Scott Crudgington for serving as Chief Executive for the past four years and former roles at the council. I’m sure I speak for my fellow councillors in wishing him great success in his new role as the Director of Resources at Hertfordshire County Council.”

“It has been an absolute privilege serving as SBC’s Chief Executive for nearly four years. I will be leaving with happy memories. This amazing council-wide team spirit has been infectious, which has translated time and time again into better services and support to our residents.”

The council has begun shaping plans to ensure a smooth transition to his successor in the role of Chief Executive. 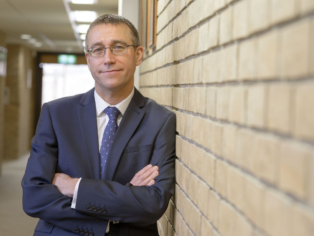