Opening of housing market welcome, but recovery likely to be slow

With the market having been effectively closed for business, 80% of the April RICS UK Residential survey’s contributors saw both buyers and sellers pulling out of transactions, resulting in the newly agreed sales balance for April falling to -92%, down from -68% in March.

In April, the survey sought views on the potential support measure of a stamp duty holiday from Government as sales restart. The majority of respondents (62%) believed that a stamp duty holiday would help the market recover post-pandemic, by lifting sales and leaving prices relatively unchanged.  On average, respondents anticipate sales would rebound to their previous levels in around nine months.

In April, unsurprisingly, a net balance of -93% of respondents reported a decline in new buyer enquiries over the course of the month, dipping further from a net balance of -76% in March. New instructions also continued to fall, with -96% of contributors reporting a drop rather than rise in new properties being listed for sale. This is the weakest net balance reading since the inception of this series in April 1999.

As far as prices are concerned, following a run of three successive months of positive readings, the RICS headline house price balance fell into negative territory with a net balance of -21% of respondents noting a decline in prices. 35% of the survey participants believe that when the market reopens, prices could be left up to 4% lower, while more than 40% take the view that prices could in fact fall by more than 4%.  Feedback suggests that a recovery in prices could take a little while longer than sales levels, with respondents suggesting, on average, prices will recover in eleven months.

In the lettings market, rents are expected to fall across the UK in the coming three months, but stabilise at the twelve month horizon. At the five year horizon, rental growth projections stand at around 2.5% per annum, in comparison with prices rising by around 2%.

Simon Rubinsohn, RICS Chief Economist commented: “Not surprisingly, the latest survey shows that housing activity indicators collapsed in April reflecting the impact of the lockdown. Looking further out, there is a little more optimism but the numbers still suggest that it will be a struggle to get confidence back to where it was as recently as February. Moreover, whether this can be realised will largely depend on how the pandemic pans out and what this means for the macroeconomic environment.

“Critically, to ensure the housing market can begin to operate in a more functional way and that developers have the confidence to continue building in these very difficult circumstances, further specific interventions from Government, following on from the announcement of flexible site working hours, and support to smaller developers announced yesterday, are likely to be necessary.”

Hew Edgar, Head of UK Government Relations, adds:  “RICS last month called on the UK Government to explore confidence-boosting measures for the residential market as it reopens, and the data suggests that our proposal for a stamp duty holiday would be a successful change that would boost transactional activity, helping people move home.

“There are, of course, other options available to Government as they reopen the market, notwithstanding stamp duty options such as reducing or removing stamp duty for downsizers that would kickstart market fluidity, and we look forward to continuing conversations as the market starts to move again.” 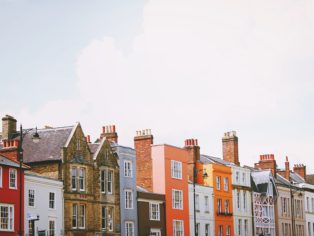