The number of overseas landlords owning property in the UK has hit a five-year high of 184,000 – marking an increase of 19 per cent over the last five years according to residential property market experts Ludlowthompson.

The rise in the number of overseas landlords shows that Brexit has not been a deterrent for those looking to invest in UK property. In fact, many overseas investors have capitalised on the drop in the value of Sterling between the EU referendum and the Brexit deal to add to their portfolios. Favourable exchange rates have meant foreign buyers were able to get more for their money, opening the market up to a wider pool of investors.

Ludlowthompson says despite tax changes, including a two per cent Stamp Duty surcharge that will increase costs for overseas investors, property in the UK will remain an attractive long-term investment prospect for investors from many overseas jurisdictions.

The UK property market has traditionally been resilient in times of economic uncertainty and a structural shortage of properties has kept rental yields relatively strong.

In recent years there has been an increase in the number of Hong Kong buyers of UK property. This is expected to rise following the launch of the new visa for Hong Kong British National Overseas passport holders.

The reputation of schools and universities in the UK has also benefitted the property market. Ludlowthompson says many overseas landlords who have purchased property have done so to provide accommodation for their children who were studying in the UK.

Overseas landlords have been benefitting from the Stamp Duty holiday, which has enabled buyers to save as much as £15,000 on properties worth up to £500,000. The holiday is set to run until June 30th after which point Stamp Duty will be reintroduced on properties worth £250,000, and will apply to properties over the £125,000 threshold from September 30th. While overseas landlords have benefited from the holiday, from April 1st they will be liable to pay a 2 per cent Stamp Duty surcharge on property investments.

Stephen Ludlow, Chairman at Ludlowthompson says: “Fears that Brexit might dampen the appeal of UK property amongst overseas investors have been unfounded, with the number of overseas landlords reaching a record high.”

“Many canny investors took advantage of the temporary drop in Sterling’s value to purchase properties in the UK and benefited from both an increase in property prices and a recovery in sterling. Investments by overseas landlords into UK buy-to-let properties has ensured that there has been a steady stream of capital into that sector, which has kept the quality of rental stock far higher than would have been the case with these investors.” 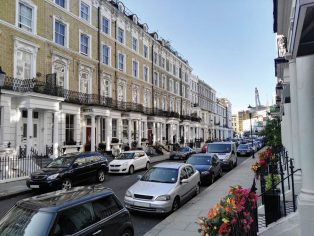