According to AMA Research’s latest Lighting Market Report the move towards the use of LEDs has increased, where this technology is estimated to represent 14% of lighting appliances owned by UK households.

LEDs growth in market share has been underpinned by energy efficiency regulations, which subsequently lead to the removal of sale of almost all incandescent lighting, and most halogen lighting. LEDs now represent the majority of UK lamp sales. LED lamps have seen significant improvements in light output and quality in recent years, including a wider spectrum and warmer white light, helping to boost their acceptability in the market.

LEDs are a relatively ‘low tech’ product and the barriers to market entry are low. Initially, the introduction of LED lighting provided a boost to market value as LEDs commanded a premium price compared with ‘traditional’ incandescent lamps, as well as with halogen and CFL products.  However, a massive increase in supply, as new market entrants have appeared, has led to an extreme level of price deflation

The interruption of construction activity and the broader economic impact of the Covid-19 pandemic will lead to a sharp fall in the value of the UK lighting market in 2020. Beyond 2020, the prospects for the lighting market are difficult to evaluate as the speed of recovery remains uncertain.  It is currently forecast that the market is expected to decline 16% in 2020, with a return to growth in 2021, increasing 12% between 2020 and 2024.

Fiona Watts, Editor of the Lighting Market Report states “The key driver for the lighting market is the rapid adoption of LED lighting in both the non-domestic and domestic construction sectors.  The advent of LED lighting, and the retrofitting of higher priced LED products into conventional lighting, boosted market value significantly between 2015 and 2017 but a sharp fall in LED prices since then has led to a decline in market size in the last two years”.

The lighting market supply chain has become more fragmented with the advent of LEDs, with organisations from non-traditional lighting backgrounds, particularly those with a background in semi-conductor manufacture, entering the market. LED technology will become increasingly dominant in the lighting market and is expected to be used almost universally by 2024. 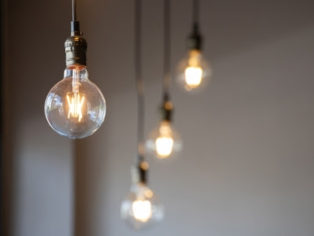