Learning to live with change

Rob Charlton of Space Architects discusses his practice’s ethos of delivering buildings that improve people’s lives in the context of education, and the changes the sector has undergone recently

Having been in practice for almost 30 years, I have spent a lot of my time designing school buildings, and as such have seen an enormous amount of change. However, most of the change is not necessarily in design, more to do with procurement, and depending on the Government’s approach.

When I started out in the 1990s, there was very little investment in schools. Most buildings were in a poor state of repair, and hadn’t been maintained for decades. Much of the school estate comprised either Victorian buildings or lightweight 1970s CLASP structures, built in response to the baby boom.

With the election of Labour in 1997, things began to change. Tony Blair’s mantra was “Education, Education, Education.” Blair committed to massive capital investment in the public sector, including the health and school estates. Initially, the Government did not have an infrastructure to deliver an extensive work programme, and relied upon local education authorities to procure the work and develop new schools in a bespoke manner.

My first school at the time was Blyth Community College (BCC) for Northumberland County Council in 2000. BCC was a 1,200-student high school with a budget of £15.5m. It was a great project and a real team effort between the school, constructor and design team. This was in the days when partnering was very much in fashion.

The then Chancellor, Gordon Brown, could see the benefits of Private Finance Initiative (PFI), which would allow the Government to do more with less. In effect, it was mortgaging the construction of schools.

PFI was interesting as it also took into account the building’s operational cost for the first time. However, often the construction budgets were tight, which affected the design. At the time, the specification was generally bespoke to each contract, meaning there was lots of variation.

The Labour Government then launched the £55bn Building Schools for the Future (BSF) programme in 2005, a centrally procured capital programme that would deliver hundreds of schools.

The first decade of the new millennium was an excellent time for architects. Budgets were generally over £2,000 per m2, and in many cases the headteachers had free rein to design their ‘perfect school.’ These buildings were very headteacher-specific, making every one unique.

Space Architects have worked on many projects across the UK, including Knowsley, Hull and Lincoln, and this year marks the practice’s 100th design for the education sector.

Under BSF there were many different approaches to design, with large amounts of informal space. Since returning to these buildings, most schools did not understand how to use the open-plan spaces effectively, and have enclosed them.

The most infamous BSF school was the Evelyn Grace Academy in London, by Zaha Hadid. As an architect, this is a fantastic building. However, as a taxpayer at £4,500 per m2, it felt a little over the top.

In 2010 the BSF works came crashing down with the change in government, and the appointment of Michael Gove as Education Secretary. He stopped the BSF programme overnight and launched a review by Sebastian James to look at how we should design buildings in the future.

From our perspective as a business, it was a challenging time. Space Architects worked on 15 schools with more in the pipeline, and overnight, they were cancelled.

When the Sebastian James review was published, it suggested the standardisation of schools and the simplification of design. Circulation area was minimised, specifications changed and, critically, budgets reduced. In comparison to some of the BSF budgets, it was halved.

The Government then launched the Priority School Building Programme (PSBP) which looked to deliver a standard design across England by providing a detailed specification and budget. The PSBP has been very effective, and has delivered a consistent quality product at an affordable cost. Because the specification is so well defined, the schools are similar, no matter who the contractor and design team is.

As the PSBP chapter comes to an end, the Department for Education (DfE) has started implementing a new framework.

It takes on board the learning from the past and builds upon it.

The specification aligns with the previous framework’s space standards; however, there is a focus on long-term value and not cost alone. There is an encouragement for further standardisation. Schools are to be net-zero carbon in operation, requiring investment in fabric, heating, cooling and energy generation.

When reflecting on the past 30 years, it is encouraging to see things have progressed, much of it for the better. We can always spend money and design fantastic buildings; however, we have a responsibility to provide taxpayers value, as well as to give every learner the best opportunity in life. Space Architects’ ethos – for every building we design – is to help improve people’s lives and make a difference to where they live, work, learn and play. For schools that is no different.

Rob Charlton is the CEO of Space Architects, part of Space Group 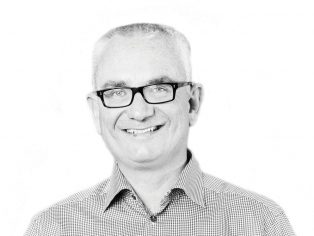 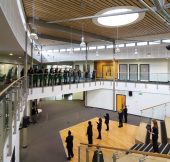