Is home heating set for a period of change?

Over the last 10 years it’s become clearer than ever that we can’t go on heating our homes by burning fossil fuels such as gas and oil. As effective as these fuels are, they release carbon into the atmosphere, a greenhouse gas that traps heat in the atmosphere which is causing temperatures to rise on a global scale.

Home heating is responsible for around a third of UK carbon emissions and government attention is now turning to how else we can heat our homes.

What does the future of home heating look like?

Recommendations from the Committee on Climate Change (CCC) suggest that renewable heating systems, such as heat pumps, are the way to go. Rather than burning fossil fuels heat pumps extract latent heat from the air or ground, a process that doesn’t release any carbon into the atmosphere.

To be at their most efficient and effective, heat pumps need to be installed into a well insulated property, making them perfect for new builds which have to meet certain standards when it comes to energy efficiency.

Based on CCC recommendations, gas boilers won’t be installed into new build homes from 2025. A replacement heating system is yet to be confirmed but heat pumps, whether air source or ground source, are the likely alternative.

While fitting heat pumps into new builds is a fairly straightforward process, the real problem comes with replacing the millions of boilers already installed in homes across the UK. The practicality and cost involved for homeowners and the heating industry would make a nationwide roll-out of heat pumps impractical. And even if it was, the insulation of a large number of homes would also have to be improved.

So, the answer for the 80% of UK homes that rely on a gas boiler might not lie in replacing the boiler but the fuel.

Is hydrogen the future of heating?

Hydrogen is a low-carbon alternative to natural gas that, when burned, only produces heat and water. This means that if it was to be used in homes, no carbon would be released into the atmosphere.

As a gas, there’s potential for hydrogen to be delivered to homes through the existing gas grid and could even be gradually added to the natural gas to form a hydrogen blend. A gradual switch from natural gas to hydrogen would allow us to keep the existing infrastructure and homeowners wouldn’t have to switch to an unfamiliar heating system.

Some boiler manufacturers have already unveiled their own hydrogen-ready boilers and Worcester Bosch believe that all gas boilers installed from 2025 should also be hydrogen-ready.

The downside to hydrogen is that production is costly and can produce carbon. If hydrogen was to be used as a way of heating homes, efforts would have to be made to capture the carbon through the development of a carbon capture and storage system.

What about off-grid homes?

Homes that aren’t connected to the gas network are, for the most part, heated by oil boilers, another fossil fuel that releases carbon into the atmosphere. To reduce the carbon emissions of off-grid homes, the most likely solution is an electric heat system. However, for electric heating systems to be truly free from carbon emissions, the electricity must be supplied from renewable sources such as solar panels and wind turbines.

As an alternative, it’s possible for the central heating and domestic hot water to be supplied by different systems. So, for example, a biomass boiler of heat pump could be used for heating while solar thermal panels provide domestic hot water for a cylinder.

What next for the future of heating?

As awareness of the impact we’re having on the planet has increased, so to has the conversation around home heating.

Unfortunately, we don’t yet know for sure what shape the future of heating is going to take. What we do know, however, is that the heating industry has already developed the technology to offer low-carbon solutions for homes. Standing in the way is government policy, which needs to be introduced before significant change can be made possible. 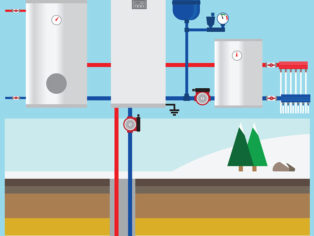 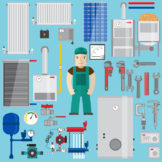 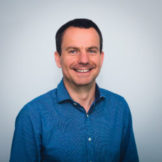