in-toto Kitchens is very proud to announce that it has raised a whopping £4218.40 for Barnardo’s, in a bid to help transform the lives of the UK’s most vulnerable children.

In May and June this year, in-toto Kitchens studios around the country hosted over 25 Barnardo’s Big Brunch events, inviting local people into the kitchen showrooms for delicious brunch treats and fun activities, in exchange for donations to the UK’s largest children’s charity.

Together, the in-toto studios managed to raise an impressive £2109.20, which was then matched by the in-toto Kitchens Head Office to reach an outstanding total donation value of £4218.40. Due to the efforts of everyone involved, Barnardo’s celebrated in-toto Kitchens as ‘Fundraiser of the Month’.

A new charity initiative, Barnardo’s Big Brunch is a local fundraising campaign which aims to raise donations towards the care of children, young people and their families living in every community.

Perfectly placed to support the new campaign, in-toto is a nationwide franchise of nearly 50 high street design studios and is one of the UK’s leading fitted kitchen specialists. Each in-toto studio is owned by Franchisees who are passionately interested in interior design and giving a personalised, local service to customers – and they jumped at the chance to support this community-centred charity.

“We’re very proud of the money we raised and want to thank everyone who supported the Barnardo’s Big Brunch events, from our studio owner Franchisees to the members of the public who came along on the day. A lot of in-toto studios are owned by families and run by generations together as true family businesses. We have a strong family ethos and Barnardo’s is a great charity for us to support. We look forward to continuing the partnership with Barnardo’s with plans for additional fundraising in the future.”

in-toto Kitchens is already planning its next joint venture in honour of the charity’s 150th anniversary next year. Please visit the in-toto website for more details of upcoming events and charity initiatives in-toto Kitchens supports. 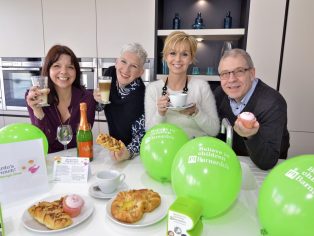 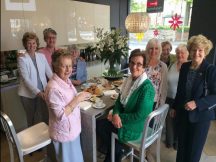 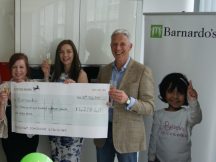