The supply of social rented homes – council housing and housing association homes let at genuinely affordable ‘social’ rents – has fallen by almost 210,000 in England between 2012 and 2020, according to the Chartered Institute of Housing’s annual UK Housing Review 2021.

The review warns that the position is likely to get worse due to the pandemic. Just 10,531 affordable homes of all types were started under grant-funded programmes in the first half of 2020/21, compared with 17,980 for the equivalent period in 2019/20.

The Government has promised 32,000 new social rented homes outside London in the next five years, but this is just 4,000 more than in the previous five years and will not replace future losses through Right to Buy sales.

Gavin Smart, chief executive of the Chartered Institute of Housing (CIH) said: “The Review shows the drastic effects that policy changes over the past few years have had on the supply of homes at lower ‘social’ rents. CIH has called for the investment needed to build 90,000 homes per year at social rents to address the backlog of housing need that has built up. It has also asked the Government to suspend Right to Buy to help deal with the housing crisis, which the pandemic has only made worse.”

As in previous years, the UK Housing Review features chapters on a variety of housing-related issues written by leading analysts. It contains statistics and analysis about housing, households, and welfare benefits across the UK and internationally, making it the prime source of information and analysis for all concerned with housing policy and finance.

Mark Stephens, professor of urban studies at the University of Glasgow and one of the Review’s main authors said: “Our work shows that only 11 per cent of new ‘affordable’ homes built in England are at genuinely affordable social rents, compared with nearly 70 per cent in Scotland and over 80 per cent in Wales.

“In contrast to England, Scotland’s social rented stock has grown by 25,000 over the last five years. Scotland and Wales have both halted the Right to Buy. The Review makes clear that building social rented homes addresses the most urgent housing needs and is the best use of public money.” 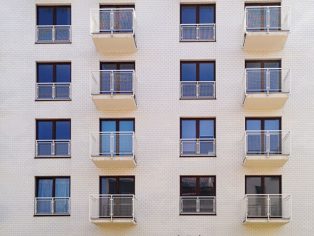