On 20 December last year – the Homes (Fitness for Human Habitation) Act 2018 received royal assent and it became law on 20 March. The bill was originally introduced by the MP Karen Buck although it received widespread bipartisan support from both politicians as well as high-profile members of the housing industry. It was first proposed as a Private Members’ bill but after receiving the backing of the Ministry of Housing and Local Government, it successfully passed through parliament. Naturally, as with all high-profile bills, there has been plenty of coverage in the national news press – with titles like ‘Time is up’ for rogue landlords’ and ‘You can now sue your landlord over damp and mould’ – but what is the truth behind all this coverage?

Is the bill really that big of a deal?

The short answer is yes. The Homes Act applies to all new tenancies (including secure, assured and AST agreements) starting on or after 20 March 2019. It also applies to all tenancies that began as a fixed term before 20 March 2019 but become a periodic tenancy after the commencement date. The Act will apply to nearly all tenancies from 20 March 2020. The basic idea of the bill is to ensure that properties start and remain fit for human habitation throughout a tenancy. In a change from previous legislation, it now gives tenants a direct approach to redress poor conditions in their properties. For social landlords this means tenants have now been given the power to go through the courts to compel repairs to be made. For private landlords the bill effectively takes the power of the local authority environmental health teams and puts it squarely into the hands of renters.

The act uses the 29 hazards currently listed in the Housing Health and Safety Rating system (HHSRS) to define ‘fit for human habitation’. Originally created in 2006 to help local authorities enforce conditions in the private rental sector, now all landlords and managing agents need to be aware of and familiar with these conditions. Each hazard category is assessed independently from each other and denoted a Category 1 or Category 2 ranking. Category 1 is deemed a serious and immediate risk to a person’s health and safety. Category 2 is less serious and urgent (but none-the-less may be considered a hazard).

The most relevant category areas that could be cause for alarm for most landlords are the following:

What does this mean for you?

Landlords are likely to see an increase in disrepair claims for already recognised issues such are damp and mould: the process of registering a claiming has been made easier, and the level of proof required lowered. Furthermore, the increased scope of qualifying factors means both an expanded duty of care and also a likely additional rise in claims . Proactive solicitors may encourage an increased density of claims – and with tenants no longer needing to engage the Environmental Health Department there is the potential for development-wide claims of unfit properties.

The bill amends the Landlord and Tenant Act (LTA) 1985 so that any qualifying tenancy (excluding shared ownership) implicitly contains a covenant that the dwelling must be fit for human habitation at its commencement and will remain so for its lifetime. This obligation to ensure that a dwelling is, and stays fit, for human habitation extends to all parts of the building to which the landlord has an interest. This includes the common areas and the retained parts – for example, the external wall, the roof, the communal bin store area, the entrance hall as well as the stairwells of blocks of flats.

If a landlord or managing agent fails to carry out the appropriate remedial works to ensure that the property is made fit for human habitation within a reasonable time of notification, they can be ordered by a court to pay damages. The tenant also has the option to seek an injunction from the court requiring the landlord to make the property fit for human habitation, whatever the cost of those works. For larger landlords this will mean the existing Housing Disrepair Protocol will need to be amended to include the various HHSRS hazards and, like with Disrepair claims, general damages will be assessed by the diminution of rent principle.

The good news is that as with repairing obligations in Section 11 of the LTA 1985 landlords will have a reasonable period of time once notified that the property is unfit for human habitation to put right the defects, after which the tenant then has the option to sue directly for damages. The LTA 1985 implies a promise on the part of a tenant to give access to inspect the property, to prepare a report and to then carry out any remedial works. If a surveyor decides that the fault lies with the tenant (i.e. because of lifestyle), then landlords will not be responsible. The legislation states that landlords are not responsible for unfitness caused by the tenant’s failure to behave in a tenant-like manner.

The two main points that the majority of landlords will need to focus on are their time to repair and their ability to monitor the on-going condition of their property portfolio. Taking too long to repair a property now has significantly more severe consequences. In the next year or two, we are likely to see some organisations who have extensive repairs backlogs strain under the weight of litigation. On-going monitoring poses a significantly greater issue for most landlords. Ensuring shared spaces don’t develop cases of mould, ensuring wall insulation hasn’t failed and that you have supporting data to prove your works have been carried out successfully will be the challenge for most organisations. So, the question is what do you and your organisation need to do differently to remain on the right side of the law?

To download Switchee’s free guide to the bill visit www.switchee.co/homes-act 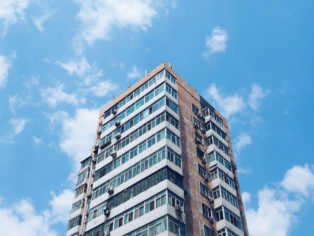 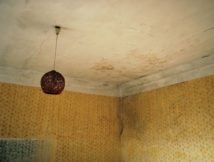