From prehistoric homes that were made from twigs and branches, to 800 metre-high skyscrapers, construction has developed rapidly over the years. However, the speed of construction for some builds is still not as fast as desired. Despite this, one method in particular has become increasingly popular for its fast completion times, low cost and environmentally friendly factors. Here, Nick Cowley, managing director at leading manufacturing of PVCu windows and doors, Euramax, explains modular construction.

Prefabricated, offsite or modular building is the method of construction whereby parts of a building — referred to as modules — are fabricated away from the building site, before being transported to the designated location for assembly. This method has become increasingly popular and offers many benefits for the construction industry, as well as for homeowners.

Unlike traditional construction methods, noise and traffic disruption are also limited for local residents that live near to where assembly takes place.

Construction within a controlled environment also ensures that builds can be completed to a higher standard than traditionally constructed houses. This means that issues can be resolved and faults to modules can be amended before they arrive at the site, which also helps to increase the speed at which the build is completed.

Constructing the modules at the same location during the fabrication stage means that they can be inspected for damages. There is no need to spend time additional time replacing a damaged module, for example, which also saves time for project managers and workers.

Quicker construction times mean that prices for a modular home are around 30 per cent cheaper. This is a result of reduced labour costs, due to shorter build times and fewer materials that are required for construction. Though fewer materials are required, project managers can buy the materials in larger quantities, thereby saving money on material costs. Additionally, with reduced labour costs and no requirement for on-site equipment hire, the overall cost of the project is reduced compared with traditional construction.

Furthermore, as the modules for the build are prefabricated in the same location, delivery and transport costs are also reduced, allowing project managers to work more cost-effectively.

Another reason for the increasing popularity of modular construction is the design potential that it offers. Modular build designs are not restricted by planning regulations or space allowances, unlike traditional building methods. This means that modular builds can be of a bespoke design to meet individual requirements such as measurements, budget and design aesthetic. Due to the flexibility of design options, modular builds are now commonly designed for other purposes including school classrooms, offices and studios.

Besides their design benefits, modular builds are also more environmentally friendly than traditionally constructed builds. Modular builds produce less waste as they are constructed with high quality, durable and sustainable materials. Plus, as modular builds are bolted together, they are extremely airtight, boasting a higher thermal performance and increasing energy efficiency. Modular construction also reduces pollution to land and to the environment that occurs from traditional onsite construction.

The flexibility associated with a modular build isn’t just limited to the design possibilities. There are three variations of modular build construction.

A kit home is the most basic of modular builds. The home buyers purchase the modules, then assemble and install the build themselves without the help of construction workers. This simple method requires one or two modules, but allows the homeowner to control the location and position of the build for a low cost and completion time.

A modular home is larger and more advanced than a kit home, and is usually mass produced. These homes uphold a high level of quality and customisation flexibility, which is among the reasons why modular apartments beginning to become increasingly popular in the market.

Though modular builds can benefit a range of customers and projects, they are particularly ideal for larger construction projects. For instance, as the modules arrive at the assembly site near-finished, they can be assembled far more quickly and thereby reduce delays to move in dates. Shorter completion times and minimal setbacks can greatly benefit large construction projects.

The same can be applied to hotels that are built using modular construction techniques as they can be completed up to 50 per cent more quickly. This allows project managers of commercial buildings to improve their financial costs, as a reduced completion time means that interest payments and loans from unnecessary extra months of work can be avoided.

For these reasons, this quick and effective method of construction is being relied upon to combat the current UK housing shortage.

It’s estimated that the UK needs to build around 300,000 homes every year by 2025. To achieve this, the industry needs to build more houses at a faster rate. As a result, modular construction is being used.

In 2017, 70,000 families were forced to live in emergency housing, which demonstrates the impact that the housing shortage is having on people. However, by adopting Modern Methods of Construction (MMC) such as modular, the industry can afford to construct more houses at the rate needed, and more people can afford to buy and live in modular houses.

While our homes are no longer made from twigs and branches, there are still improvements within the industry to be made. However, modular construction may hold the answers the industry is looking for with lower costs, faster completion times, greater design potential and environmental benefits.

Whether it’s DIY projects, commercial buildings or providing homes for the population, modular construction is changing the way the industry operates and the way people procure homes — and it looks like this method is here to stay. 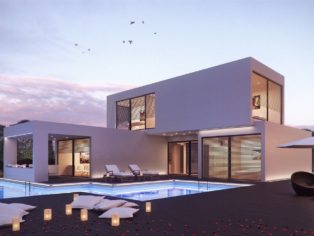