The three Institutes have been calling for a change in government policy on high-rise blocks for over a year. In March 2019 – ahead of a Westminster Hall debate on fire safety and sprinkler systems – CIOB, RICS and RIBA issued a joint statement calling on the Government to require the installation of sprinklers in all new and converted residential buildings, hotels, hospitals, student accommodation, schools and care home buildings of 11m in height or above, as well as the retrofitting of sprinklers in buildings when relevant refurbishment takes place. They also provided evidence to the Government’s consultation on changes to the statutory guidance on building safety regulations.

The Government has noted that the evidence submitted by CIOB, RICS, RIBA and others clearly demonstrated “the benefits to life, safety and in reducing the degree of damage by installing sprinklers in blocks of flats”. It noted that 11m – the new minimum height for buildings in which sprinklers must be installed – is the upper limit for most external fire-fighting capacity.

Eddie Tuttle, Director of Policy, Research & Public Affairs at the CIOB, said: “It is a very welcome move by the government to lower the height threshold for the installation of sprinklers. The CIOB and our sister professional bodies have long believed it is a necessary change and will go a long way to improving the fire safety of buildings in the UK. This measure will finally provide the clarity that is needed, not just within our industry, but also for the public and the fire service.”

Gary Strong, Director of Global Building Standards at RICS, said: “RICS alongside other bodies have worked hard to make the case for the installation of sprinklers, and have been pressing for this change for years. Whilst we would have liked the policy to go further to make it mandatory rather than just guidance within ADB, we welcome this first step. Sprinklers save lives and no one in the UK should live in high rise or medium rise buildings without this protection, we urge the Government to now address the thousands of existing buildings that are not covered by this ruling. There is no financial incentive for existing building owners to retrofit sprinklers, and this needs state intervention.”

Jane Duncan, Chair of the RIBA Expert Advisory Group on Fire Safety, said: “This is a step in the right direction and shows the Government are listening to our collective calls. However as we approach the third anniversary of the tragedy at Grenfell Tower, fundamentally too little has changed. The upcoming Building Safety Bill must enact real reform to deliver a clear, considered and effective regulatory process that places responsibilities on the right roles at the right time to keep people safe.” 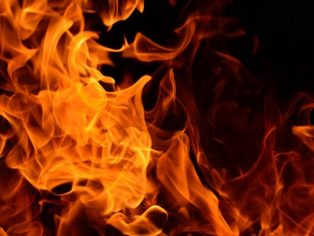