Beard Construction has bought 180 acres of stunning woodland near Bristol in a ground-breaking move to offset its environmental impact with carbon sequestration.

Biological carbon sequestration takes place when carbon is stored in natural environments. The process sees carbon dioxide binding to plants during photosynthesis, where it is purified and converted to oxygen. Woodland is considered one of the best forms of sequestration as it stores twice as much carbon as it emits.

Known as Wrington Warren, the woodland is a rolling expanse of trees, bowers and pastures which nestles under the Mendip hills. Beard is investigating the possibility of using it as a peaceful environment for staff and company activities, as well as a space for “wilding” activities for schoolchildren as part of the company’s on-going commitment to corporate social responsibility and community engagement.

The purchase of Wrington Warren is the latest move in Beard’s long-term strategy to minimise its environmental impact, not just in terms of its processes but also for the life of the buildings it creates.

Beard’s commitment to sustainable, low-carbon construction is mandated by the board. The company, which already invests in UK forestry, has pledged to achieve Net Zero by 2050.

“Beard prides itself on its ambitious approach to building and this major investment is borne out of that pioneering spirit.

“The reality of carbon reduction in our sector is through residual offsetting and this purchase will see us take a huge leap forward.

“It demonstrates the seriousness of our continuing drive to have as little impact as possible on the environment. We see this as a long-term commitment. As well as offsetting our environmental footprint, we will ensure that this woodland survives and thrives for future generations.

“And we hope that this beautiful natural environment can also play a key role in the well-being of our people.” 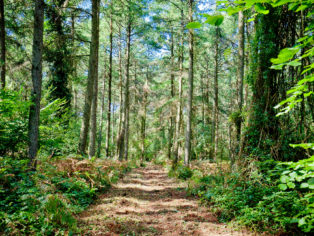