Assael Architecture announces promotions as the practice continues to gro

Award-winning architecture practice, Assael Architecture, has promoted Allan Stringer and John Lynch to associate directors as the company continues to go from strength to strength

Both Allan and John joined Assael back in 2011 as Part II architectural assistants and qualified as architects together in 2012, quickly becoming integral members of the Assael team and working on a range of the practice’s notable projects.

Allan has played an instrumental role in Assael’s exemplary build-to-rent work, leading on all stages of the 236-home Pontoon Dock, due for completion imminently, and the implementation of Imperial Two that provides 500 Build to Rent homes for Danescroft Land and The Guinness Partnership in Bromley-by-Bow. He’s continuing using this build-to-rent experience by leading the team on two projects for the TfL and Grainger JV, Connected Living London, as well as the private for sale development, 101 on Cleveland, for Dukelease and Art Invest.

John has similarly played a pivotal role in Assael’s most renowned projects, designing the aforementioned 101 on Cleveland, the mixed-use Queens Wharf and Riverside Studios alongside Hammersmith Bridge for Mount Anvil, and the redevelopment of the former home of the Royal Academy of Dance in Battersea, which will see existing buildings converted and the site transformed into 39 new homes. John is now leading the team on many more large, residentially-led schemes, including Manor Road in Richmond for Avanton, and Boston Road in Hanwell and Clayton Road along the canal in Hayes, both for A2Dominion.

They have both taken projects from the feasibility stages through to planning, design and delivery. Allan has been particularly involved in driving Assael’s development of BIM standards across all projects, and John has been crucial in the practice’s ongoing research into the emerging Later Living sector in the UK.

Outside of their day-to-day project work, both associate directors are avid sportsmen, with John a founding member of Assael’s cycle club and Allan having a personal aim to run 1,000 miles a year through long-distance races and marathons. John is also a talented bass player and founder of the Assael band Tender Package, which won best performance at the annual Construction Rocks in 2016 and 2017.

These promotions have come at a time of significant expansion for Assael Architecture, as the practice has reached over 100 staff for the first time and became the 18th AJ100 practice to transition into an Employee Owned Trust at the end of last year.

“At Assael, we take great pride in our company culture and retention of valued staff members, and both Allan and John have been an integral part of the team since they joined in 2011. Through a combination of their hard work and expertise in architectural design, Allan and John have designed and delivered some of Assael’s most celebrated and innovative projects in the UK.” 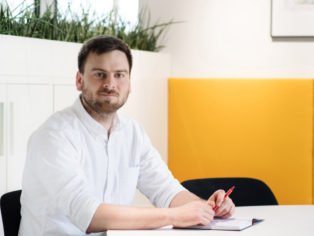