A sticking plaster for construction’s recovery

Chancellor Rishi Sunak’s recent summer statement had the no-nonsense title of ‘A Plan for Jobs.’This signals the fact that the Government, whether or not you liked its handling of the pandemic from the start, is now taking stock of the major risk of jobs haemorrhaging from the UK’s industries later this year. The construction industry has welcomed his ‘mini-Budget’, which saw the sector singled out for help, Sunak noting it is “one of the most important for job creation,” and contributing £39bn a year to the UK.

Housebuilding alone supports nearly three quarters of a million jobs, the Chancellor told Parliament.Construction is being seen by some as a winner here, but when you break down the £13bn being hailed as a major gesture to help the sector, it amounts to little more than an intervention on stamp duty, and grants for low carbon retrofit.However his initial focus in the Statement was on protecting jobs across the board, well aware we are facing a cliff edge at the end of October when the furlough scheme is planned to end, and there are doubts over millions of workers’ jobs.In marked contrast to the Cameron years, Sunak has not merely put the focus on getting the country back on its feet after the lockdown whatever, he promises that this will be a “green recovery,” with the accompanying “green jobs.”

The £3bn Green Homes Grant he announced is a welcome step to addressing the huge challenge of bringing the UK’s outdated existing properties up to scratch on energy efficiency, for both people’s pockets and the global climate.It’s relatively small beer though, meaning £5,000 towards an individual retrofit, although Sunak hopes that 140,000 jobs could spring from this.He however then separated construction from sustainability (odd to have not made the link, you might say), moving on from green retrofits what he saw as a move to “boost confidence in the housing market.”It amounts to a stamp duty holiday for most buyers until March, which will bring a short term impetus to home sales – and the Government hopes, inject momentum into what is a sluggish market.  Transactions fell by half in May, and prices are down for the first time in eight years.

Some firms in construction have been reporting strong demand which is keeping them busy – for example an acoustics fit-out firm recently quoted on Radio 4 saying they are having to bring people back in to the business quickly to keep up with demand for acoustic retrofits of premises.However with the Government taking a major hit to support jobs across the hospitality and tourism sector with a VAT holiday til January, did this really mean it couldn’t extend its free thinking on VAT to the housebuilding sector?In March, two thirds of firms polled by the Federation of Master Builders said that a VAT cut on repair and refurbishment labour costs alone would boost their businesses, and this is the kind of bottom line intervention that is really needed if the Government doesn’t want to see thousands of firms in peril.Berkeley Homes for one (and not a firm in trouble) has said openly (in the person of chief executive Rob Perrins) that the Government needs to intervene now to reverse tax increases on the sector made since 2014, free up the planning system, and incentivise firms to build affordable housing.Other voices have wondered why Sunak hasn’t extended Help to Buy beyond April to keep demand up, although arguably it’s help on the delivery side the industry needs most, i.e. to reduce its costs, and help it take a risk on sites.

Taking Sunak’s measures together, there’s not a lot of meat to feed construction, when housebuilding alone is such a colossal contributor to what will need to be something resembling a ‘V’ shaped recovery if the UK is to get back on its feet soon.If more is not done to help construction businesses stay afloat in the coming months, we may see them leading the way in the deepest and most prolonged recession seen in living memory.The bigger picture is that housing delivery has clearly stalled following lockdown. Sites have reopened, but with a vastly reduced workforce. Despite this, people are putting their homes up for sale, and sales are going through, however that does not mean that the 300,000 homes per year target is anything but a mirage currently.Sunak is to be commended on the way he has directly tackled the jobs crisis (although he has acknowledged that the end of October is going to be very tough).Despite his promises however, there is very little new for construction coming from Government on the basis of his Summer Statement. A headline-grabbing one-hit stamp duty cut doesn’t really cut it as an endorsement that we are ‘all in this together.’ 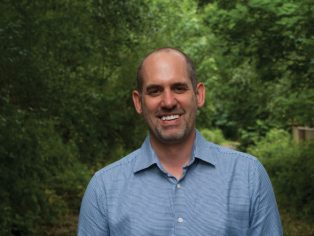