Tottenham Court Road is arguably the most complex and challenging of the 10 new stations being constructed for Crossrail. Occupying a subterranean area the length of three football pitches, between Soho’s Dean Street and Charing Cross Road, and running directly below Soho Square, it extends down five storeys underground.

The £1bn project involves the construction of a major new underground station and ticket hall on Dean Street to the west, and a second integrated ticket hall below St Giles Circus, to the east, at the intersection of Oxford Street and Charing Cross Road. 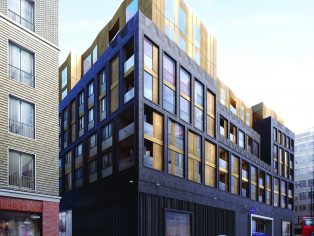