A ‘Happiness Centre’ in Bhutan, a futuristic London tube station, a miniature library in the Philippines and a former Stalinist expo centre turned urban farm are among the projects that have today been shortlisted for the World Architecture Festival (WAF) awards 2016 – the world’s biggest architectural awards programme.

WAF organisers saw a significant uplift in entries submitted from across Europe in 2016 as the festival relocates to Berlin. Now in its ninth year, WAF has received a record number of award entries for November’s annual event.

The largest rise in year-on-year entries came from the UK and Germany. UK-based architects have the highest number of projects on the shortlist, followed by their peers from the robust economies of Turkey and Australia respectively. The truly international shortlist extends to include architects from 42 different nations with projects based across 58 countries.

All types and sizes of architectural projects are represented on the 343-strong shortlist, with entries ranging from private homes, shops and schools to large commercial developments and ambitious landscape projects.

The architectural practices behind each project will battle it out in live judging sessions to be held at the World Architecture Festival in Berlin, 16-18 November. All will be hoping to be crowned winners of one of 32 categories and go on to compete for the ultimate accolades of ‘World Building of the Year’ and ‘Future Project of the Year’.

“This is a very exciting year for us, with a record entry and a very high overall standard. Our move to Berlin, after four successful years in Singapore, has not deterred Asian and Australasian practices from entering the awards, and we have seen big increases from Europe and North America. We look forward to meeting the shortlisted architects in Berlin in November.”

In addition to the awards, WAF includes a conference programme based around the Festival’s 2016 theme ‘Housing for Everyone’, which will debate the growing understanding of how demographics and global urbanisation are forcing change in the way we think about housing.  With imperatives to create shelter at one end of the spectrum, and sufficiency for occupation and investment at the other, the programme will examine the significant contribution that architects can make.

WAF and its co-located sister event INSIDE World Festival of Interiors, will welcome more than 2,000 of the world’s leading architects and designers to the city for three days of conference programmes, awards, exhibitions and fringe events from 16-18 November.

Following four successful years in Singapore, the Festival returns to its European roots and will be housed in Franz Ahrens’ historic former bus depot, now known as Arena Berlin. 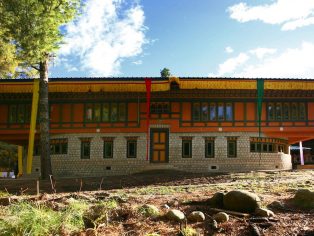 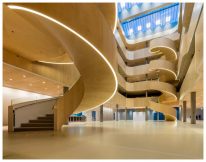 The Commons by Department of Architecture co.,ltd. 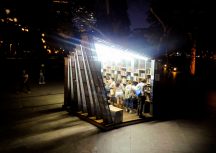 Hanazono Kindergarten and Nursey by HIBINOSEKKEI + Youji no Shiro 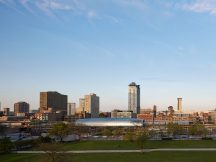 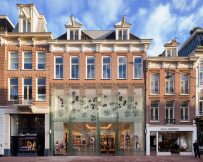