The London studio of global architecture and design firm Perkins+Will has announced the appointment of a new associate principal, Jason Turner, who joined the firm in early March.

With over 25 years experience working in interior design, Jason brings to the firm expertise in strategic advice on workplace, culture and people. Jason has prior experience overseeing business growth and project delivery, having worked on interior projects for some of the world’s largest corporations, from Facebook and Microsoft to Rio Tinto and AstraZeneca. Other clients have included the Bank of China, SMBC, and Deutsche Bank.

The appointment of Jason comes at a time of continued growth for Perkins+Will’s London office and demonstrates the confidence of the practice in maintaining and expanding its business operations in the capital and the wider EMEA region.

Jason has experience working abroad in Asia, spending a number of years in the region overseeing large projects in Shanghai, Tokyo and Hong Kong. He has also delivered Workplace Strategy and Concept Design proposals for the offices of a global management consultancy across five European capitals. Closer to home, Jason also oversaw base build modifications and fitouts for the London headquarters of the world’s largest publicly traded hedge fund company, Man Group.

With the appointment of a new associate principal specialising in strategic advice, Jason will bolster Perkins+Will’s reputation in project delivery, while expanding its expertise and capacity to take on new projects in related sectors. Jason will be joining the interiors team, which has overseen office fitouts for clients such as The Economist, Deloitte, News UK, Microsoft, and Linklaters.

“Bringing Jason into our team will benefit us with his wealth of knowledge and expertise, built up from an international career in workplace strategy and business development. The depth and breadth of his engagement with FTSE 100 companies will be crucial as we continue to grow the practice here in London and the wider EMEA region.”

“I am thrilled to join Perkins+Will’s London office at such an exciting time, helping to lead the interior team’s business development. Having worked across Eurasia for several years with large corporate clients, we have an exciting opportunity to apply this experience to continue Perkins+Will’s rise as a major player in the London market.” 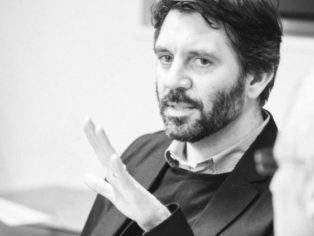