Winners of the 2016 Aga Khan Award for Architecture Announced

The winners of the Aga Khan Award for Architecture were announced in a ceremony in Abu Dhabi. The venue for the winners’ ceremony, the Al Jahili fort in Al-Ain, was also announced by His Excellency Awaidha Murshed Al Marar, Chairman of Department of Municipal Affairs and Transport of the United Arab Emirates.

The Venue for the Award Ceremony
Ceremonies to announce the winning projects and mark the close of each triennial cycle are always held in settings selected for their architectural and cultural importance to the Muslim world.  In 2016, the ceremony will be held at the Al Jahili Fort, a World Heritage Site in Al Ain.

Construction of Al Jahili Fort began in 1891 under Sheikh Zayed the First.  Completed in 1898, it remained a residence of the Al Nahyan family for many years.  It underwent a comprehensive rehabilitation between 2007 and 2008 by the Abu Dhabi Authority for Culture and Heritage with the collaboration of Eike Roswag, an Aga Khan Award for Architecture winner in 2007.  The Fort was declared a World Heritage Site in 2011.

Previous venues for Award ceremonies encompass many of the most illustrious architectural achievements in the Muslim world, including Shalimar Gardens in Lahore (1980), Topkapi Palace in Istanbul (1983), Badi’ Palace in Marrakech (1986), the Citadel of Saladin in Cairo (1989), Registan Square in Samarkand (1992), Karaton Surakarta in Solo (1995), the Alhambra in Granada (1998), the Citadel of Aleppo (2001) and the gardens of Emperor Humayun’s Tomb in Delhi (2004).

About the Aga Khan Award for Architecture
The Aga Khan Award for Architecture was established by His Highness the Aga Khan in 1977 to identify and encourage building concepts that successfully addressed the needs and aspirations of communities in which Muslims have a significant presence.  Prizes have been given to projects across the world, from France to China.  Architects and planners from New York to Dhaka have received one of 116 awards.  During the nomination process, more than 9,000 building projects were documented.

Over the course of the last 39 years, most of the great architects of our time have either won the Award or served on its Master Jury or Steering Committee, from Zaha Hadid to Norman Foster, Charles Correa to Frank Gehry, Jean Nouvel to Hassan Fathy.

The Aga Khan Award for Architecture selects projects – from slum upgrading to high rise “green” buildings – that not only exhibit architectural excellence but also improve the overall quality of life.  Because these achievements typically involved successful collaboration between many people, the Award recognises mayors, builders, clients, master craftsmen, engineers and end-users – as well as architects.

The 2016 Steering Committee
The Award is governed by a Steering Committee chaired by His Highness the Aga Khan (please see the biographies of Steering Committee). The current members of the Steering Committee are: His Highness the Aga Khan (Chairman); David Adjaye, founder and principal architect of Adjaye Associates, which has offices in London, New York and Accra; Mohammad al-Asad, the founding director of the Center for the Study of the Built Environment in Amman, Jordan; Francesco Bandarin, Assistant Director-General for Culture at UNESCO, Paris, France; Hanif Kara, a practicing structural engineer and Professor in Practice of Architectural Technology at the Graduate School of Design at Harvard University; Kamil Merican, founding partner of GDP Architects Malaysia; Azim Nanji, a social scientist who is  Special Advisor to the Provost at the Aga Khan University and a Member of the Board of Directors of the Global Centre for Pluralism in Ottawa; Professor Gülru Necipoglu, Aga Khan Professor of Islamic Art at Harvard University; Brigitte Shim, a principal in the Toronto-based design firm Shim-Sutcliffe Architects and Professor at the John H. Daniels Faculty of Architecture, Landscape and Design at the University of Toronto; and Yu Kongjian, founder and dean of the College of Architecture and Landscape and the Changjiang Chair Professor of Design, at Peking University. Farrokh Derakhshani is Director of the Award. 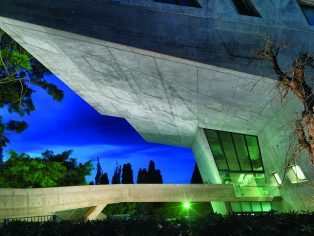