Use Wood Wisely – Impacts on forests and wildlife

Norbord’s Use Wood Wisely – www.usewoodwisely.co.uk – is an educational resource for the responsible and sustainable use of wood.

Rather than burning virgin timber as fuel for energy generation – and thereby releasing tonnes of CO2 into the atmosphere and contributing to climate change – Norbord argues for the ‘cascade of use’ philosophy. It is much more efficient to process virgin timber into added-value products, such as wood panels, that are used in the housing and construction industry.

Burning wood to create electricity can result in significant impacts on wildlife and habitats.

Most of the pellets used for energy were once trees in forests or woodlands, providing habitats for thousands of species, and livelihoods for many. In 2015, 59% of the UK’s imported wood for bioenergy came from North America, largely from the Southeastern US.  This is especially concerning when considering that, in 2016, forested areas of the Southeastern US were declared by Conservation International as the world’s 36th biodiversity hotspot. These practices put thousands of hectares of forests under additional pressure; forests that are already under threat and providing home to rare and special wildlife.

Some of the UK’s woody biomass demand for energy is also imported from Europe and there is evidence that forests there are also being impacted.  Case studies by the organisation Birdlife Europe, contained in The Black Book of Bioenergy, detail a variety of concerning aspects across several countries. For example, highlighting a 70% increase in wood burning since 2005 in Slovakia (including wood from protected areas), and the harvesting of rich riverside forests in Italy.

In the UK, biomass is also being sourced from some domestic woodlands, despite demand currently far exceeding available supply with this shortfall in supply being met through imports. New planting and even restocking levels of commercial coniferous species is at an all-time low, particularly in England, which if not addressed will lead to supply shortages for all users in coming years.  In the case of some undermanaged UK broadleaf woodlands, the reintroduction of sensitive management could benefit declining woodland wildlife.

In the wood panels industry, among others, timber is made into into panels that lock up carbon for many decades.

For further information on Norbord, please call 01786 812 921 or visit www.usewoodwisely.co.uk to have your say; or www.norbord.co.uk. 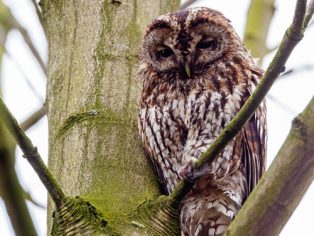