Norbord’s Use Wood Wisely – www.usewoodwisely.co.uk – tells you all you need to know about the responsible and sustainable use of wood; and how Government strategy is affecting the world of timber supply and use.

Rather than burning virgin timber as fuel for energy generation – and thereby releasing tonnes of CO2 into the atmosphere and contributing to climate change – Norbord argues for the ‘cascade of use’ philosophy. It is much more efficient to process virgin timber into added-value products, such as wood panels, that are used in the housing and construction industry.

Burning a hole in the pockets of consumers

The prime economic driver for burning wood in UK power stations is Government-funded subsidies, paid per unit of renewable energy supplied via the Renewables Obligation or as part of a pre-arranged contract to energy generators. The cost of these subsidies is passed on first to consumers via their energy bills, and then again via products they may purchase. This is due to rising energy costs for manufacturers and, in the case of wood-using industries, increased raw material costs.

If part of Government policy is to deliver emissions reductions at lowest cost then it needs to be asked why they are supporting expensive and inefficient wood-fired electricity-only projects (burning wood to generate electricity uses only circa 38 per cent of its embedded energy) that could be increasing emissions instead of reducing them. Whilst burning biomass in Combined Heat and Power Plants is also being encouraged, and on paper can have utilisation efficiencies of circa 80 per cent, this is dependent on there being a viable consumer for all the heat generated. At present, a generator can claim support for having a CHP plant even though the efficiency is below that set out in the Government CHPQA scheme .

If wood burning for energy is to be subsidised, these subsidies should, at the very least, be directed towards the most efficient use of the material being burned and only towards that which has reached ‘end of life’ and cannot be converted into products that will ensure that the carbon remains embedded in the wood. Current policy is neither financially nor environmentally logical with regards to these misdirected subsidies.

A study conducted by VIVID Economics, a London-based consultancy with expertise in UK energy systems, concluded that solar and wind are likely to be the least-cost way to ensure UK reliability of supply while also achieving power sector decarbonisation goals -not biomass. This analysis factored in the latest technology costs, the costs created at the system level by integrating a new source of generation onto the system, and the cost of carbon pollution.

Norbord continues to campaign for the best use of wood supplies via the Use Wood Wisely campaign – www.usewoodwisely.co.uk. In the wood panels industry, among others, wood is made into into panels that lock up carbon for many decades.

For further information on Norbord, please call 01786 812 921 or visit www.usewoodwisely.co.uk to have your say; or www.norbord.co.uk. 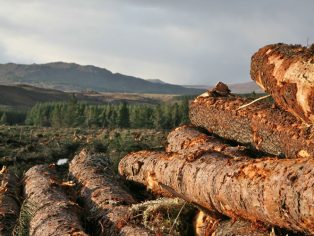