Understanding underlays is the key to performance

Innovation in roofing underlays has helped tackle issues in cold-pitched roofs, but specifiers should know what they see on the outside is not always what they get in terms of performance. ADF reports.

The quest to achieve a truly ventilation-free cold pitched roof has continued for years across the construction industry.

But nowadays reputable roofing contractors and leading housing developers such as Bellway, Bovis Homes and Crest Nicholson, backed by the National House-Building Council (NHBC) and independent industry research have come to the realisation that some underlays perform at an exceptional level and provide a failsafe option without the need for additional ventilation.

In response to the problems caused by the UK’s large demand for the construction of cold pitched roofs and the drive towards increasing thermal performance requirements, manufacturers have developed a range of solutions.

One such issue is fuelled by the tendency to place additional insulation above the ceiling joists which subsequently leads to an increased risk of condensation in the roof space. In an effort to combat this problem, the industry has developed a series of breathable membranes designed to be installed over the rafters as roof underlay in order to allow the vapour to escape.

The majority of these membranes were vapour permeable but airtight, working rather like a weatherproof jacket. This means that despite being water resistant, such membranes did not completely prevent condensation within the roof space and additional ventilation had to be introduced in order to allow air to circulate.

Recognising this issue, about 20 years ago A. Proctor developed a solution called Roofshield – a pitched roof underlay designed to be both air and vapour permeable.

Not all roofing underlays are the same

Developed in response to the issues, there are generally two types of technological solutions which have been available to specifiers: vapour permeable but airtight solutions based on film laminated polypropylene technology, or a vapour and air permeable version alleviating the need for additional ventilation.

Iain Fairnington, technical director of the A. Proctor Group, explains:

“Roofing underlays come in all manner of different colours, but it’s what you can’t see that does most of the work – the middle layer.”

“While the colour of the top surface or underside is useful for identification, it is irrelevant in terms of performance. This middle layer can be likened to the same robustness as normal kitchen cling film, and needs the protection of the sandwich construction to make this suitable and fit for purpose in a pitched roof.”

Fairnington highlights: “In a traditional UK cold pitched roof construction, the large cold void above the horizontal insulation requires the quick release of vapour laden air that is reaching its dew point and potentially causing damaging condensation. Roofshield is certified by the BBA and accepted by the NHBC for use without ventilation or a VCL in even these most demanding circumstances. This is particularly advantageous in refurbishments where the installation of the VCL can lead to owners or tenants having to move out if a non-ventilated roof strategy is adopted.”

As for airtight membranes, Fairnington explains the building physics around why their limited vapour permeability means condensation can still occur:

“If you have a big cold roof space and a sudden drop in temperature, you want to have air movement.”

“People assumed that because they were installing a vapour permeable membrane, they didn’t need to ventilate their roof – but in certain circumstances moisture levels were too high or temperatures too low to allow the vapour to permeate without condensing.”

Between 2001 and 2004, independent research on a cross-industry basis was carried out with Glasgow Caledonian University. The Partners in Innovation study was conducted to establish a consensus on whether it was still necessary to ventilate buildings where vapour permeable membranes were installed.

The study revealed the crucial finding that when a roof was unventilated while an air and vapour permeable underlay was used, this would further reduce and inhibit the formation of condensation on the underlay. This contributed to the NHBC making a statement in their Technical Extra bulletin Issue 6 that independently certified air and vapour permeable underlays could be used without additional ridge ventilation in cold roofs.

The evidence is clear for architects, house builders and contractors looking for a high performance, fail-safe roof that is cost effective – some air and vapour permeable underlays are in a class of their own. 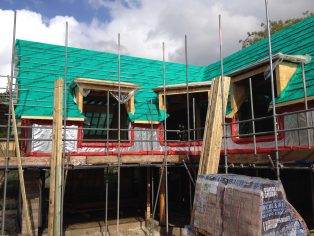 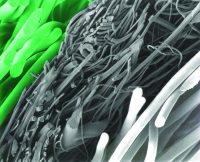 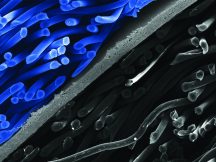