It’s the waiting that’s the worst, as they used to say in the trenches. In the case of Scotland’s residential property market, it’s the interminable wait for some semblance of normality to return and for the uncertainty to ease.

As it has been for most of recent years, the market remains beset by the continuing lack of supply and the destabilising and debilitating effect of seemingly never-ending jockeying for position over Brexit and Indyref2.

Occasionally a landmine goes off, such as a recent suggestion that activity was back to pre-recession levels but, as is so often the case with media reports, it was long on speculation and short on hard facts.

What reports such as this do, like rumours spreading false hopes among the troops, is to build unrealistic expectations among both buyers and sellers and to continue to fuel the underlying pent-up demand.

The people who really know what’s going on out there on the market battlefield, the estate agents, are fighting tooth and nail for work and trying desperately to get properties onto their books – and when they do, they fly off the shelves.

The lack of supply which has been going on for so long is starting to create a tangible bubble effect, especially in areas where homes don’t come to market all that often and people have been sitting waiting. In these circumstances, the prices achieved can be spectacular.

However, the general apathy about the wider sphere of politics means that stability is still a distant dream. People cannot make informed decisions and are understandably reluctant to make major spending decisions when they have no idea what the landscape is going to look like in a year’s time.

Sellers are by far in the most comfortable position. If they present their homes reasonably, they are almost guaranteed to go. The problem for them is finding somewhere to move to that doesn’t have a queue round the block.

Buyers, in contrast, are in an intensely competitive situation, in the ring not only with other desperate buyers but also often with deep-pocketed developers. The only realistic advice for them is to offer what the property is worth to them, and no more. Bidding ever upwards only accelerates the merry-go-round.

Professional investors focused on buy-to-let are being inexorably taxed out of the market. The sector is now so heavily penalised that it is rapidly losing its attraction for all but the most committed.

New build is taking an increasingly voracious bite of the market, with builders buoyed by margins which allow them to offer generous incentives such as payment of LBTT and part exchange. Indeed, many p/x homes are subsequently sold by builders at a discount – another example of how much flexibility their margins allow them.

One area which could have a significant effect on parts of the market is cladding, which has, rightly, become a hot topic in the wake of the Grenfell Tower tragedy. Lenders are now stipulating to property professionals – without full knowledge – that cladding is not acceptable or mortgageable without testing and commissioning fire safety reports.

Insurers also are writing out cladding and pushing up premiums to the construction industry. It is yet another case of over-enthusiastic application of the precautionary principle in an arena in which no one really knows what the risks actually are for specific buildings.

Homes in recent developments, for instance, which were built and bought with all regulatory requirements – building warrants, completion certificates – in place, and in accordance with all the specifications of the time, now collectively face having to spend millions on replacing cladding. These owners are potentially the new victims from the Grenfell Tower tragedy.

Modern methods of construction may now have to be revisited and the government strive for retro fitted insulation schemes rethought.

The one thing that is fairly certain is that there will not be any dramatic change in market conditions this year. We can expect to see an ongoing average annual increase in prices of some 4% to 5%, a rate which means some current buyers will have to wait quite a long time to recoup their extravagance. 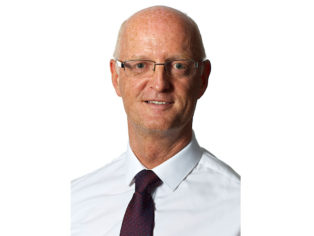