An experimental London house incorporating the walls of a 19th century stable into its split-wing design (Kew House) and Vaulted House, a sophisticated family house in Chiswick characterised by six skylight topped roofs, join Flint House and Sussex House on the 2015 RIBA House of the Year award shortlist, sponsored by specialist insurer, Hiscox. The annual award is run by the Royal Institute of British Architects (RIBA).

The projects in the running for the UK’s most prestigious award for a new house are being revealed in a special four part TV series for Channel 4, Grand Designs: House of the Year. During the course of the series which began on Wednesday 4 November 2015, the seven homes shortlisted for the 2015 RIBA House of the Year award will be announced; the winner will be revealed on screen on Wednesday 25 November.

The latest two projects shortlisted for the 2015 RIBA House of the Year are:

They join the following two houses on the RIBA House of the Year shortlist, with another three yet to be announced: 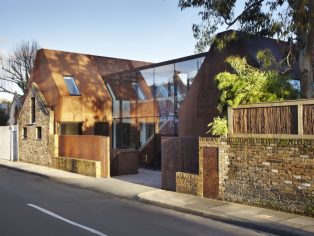 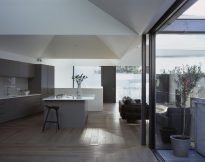 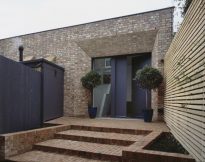 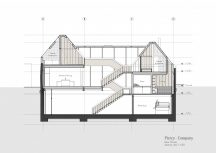