On-site training, top quality workmanship and a market-leading 15-year guarantee led Trivallis, one of the largest social landlords in Wales, to choose the free-of-charge roof specification service offered by Redland – the UK’s leading manufacturer and supplier of pitched roof systems – when it needed to re-roof the Maerdy estate in Rhondda, South Wales.

Built in the early 1960s, the 96 properties on the Maerdy estate were due for re-roofing having reached the end of their design life, explains Lee Tapper from Trivallis, Surveyor and Clerk of Works on the project. The decision to involve Redland and its SpecMaster service was common sense, he says.

“The service ensures that we meet the current British Standard, we get the technical advice that we need and we get the guarantee from Redland which means we know we don’t have a problem with the roof for 15 years. We know that our properties our watertight and that our roofers know exactly what they’re doing”

This element was particularly true for this project because the specification was for Renown tiles in Breckland Brown fixed with nails throughout, but reinforced on the first five or six courses with Redland’s own award-winning fixing, the Innofix Clip to guard against high winds.

“I’d been to South Cerney and been trained in how the Innofix Clip worked but my operatives hadn’t – and there were too many of them to take up there. So Redland sent down one of its training staff on our first day on-site to show our teams how it worked and that was very beneficial”.

While the roofs were installed, the Redland Specification Manager visited the site regularly to inspect the quality of the work and provide any further technical support as required. In Damien’s opinion, the service provides security and peace of mind for both the client and the contractor.

Damien goes on to say,

Developed for architects and professional specifiers, the SpecMaster specification covers every detail of the complete roof – including slates, tiles, fittings, accessories, fixings, ventilation, underlay and battens – and covers every aspect from the tiling, performance specification and British Standards compliance to best practice for flashings and carpentry.

To simplify Damien Lobb’s ordering, the specification comes with all the relevant Redland product codes and a material list to assist quantity surveyors and contractors. It is also compiled in an NBS-based format so it can be readily incorporated, along with other relevant NBS sections, into a formalised project specification. 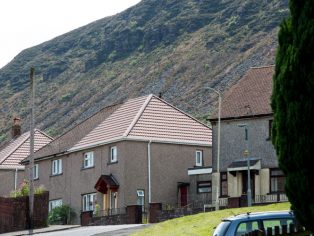 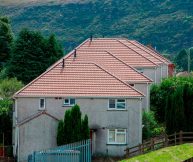