Mayor of Brighton & Hove, Lynda Hyde, presided over a topping out ceremony, completing Phase 1 of the Brighton Marina development also attended by the Lord Lieutenant and High Sheriff of East Sussex.

Lynda Hyde placed the last brick at the top of the development, said a few words and received a ceremonial trowel, before touring the site, led by Andrew Goodall and Trevor Sawyer, Directors of Brunswick Developments.

“I am delighted to attend to open the building in the marina which has so much benefit for not just the marina but the wider community.”

The group were shown the affordable housing which will be delivered early in June, including 20 shared ownership flats, principally for local people, with Moat Homes.

They were also shown an example show home from the 175 private residential flats which will be contributing to improving the City’s housing shortage and will be completed by July.

“Two and a half years of construction will culminate in a landmark building on schedule, following years of planning and close working relationships with the Council and its officers.”

The scheme also include 350 car parking spaces, seven retail units which will be fully leased and opening in July, as well as Section 106 benefits for the whole community and city valued at over £11 million, a substantial new floating Yacht Club right in the centre of the boat moorings, a new replacement RNLI station, new bus and taxi waiting facilities and a contribution to the enhancement of transport links to the City.

Four hundred jobs have been created during construction of phase 1 alone with four new apprenticeships and over 25 per cent of local labour and businesses. Three hundred permanent jobs will be created from an additional seven restaurant units and other facilities. 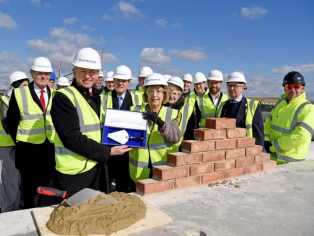