The power and beauty of architecture in all its forms is today highlighted on the shortlist of the world’s biggest photography competition, the Sony World Photography Awards.

Recognising the best contemporary photography from the past year, the 2016 Sony World Photography Awards received a record-breaking 230,103 images across its Professional, Open and Youth competitions from 186 countries – the most in its nine year history.

With the shortlist, a panel of internationally recognised judges has identified exceptional work by talented photographers worldwide that capture architecture in all its variety with striking originality and beauty.

In the Professional Architecture category (judged on a series of images) Stephan Zirwes (Germany) uses drone photography of swimming pools to ask the viewer to question water wastage; Hui Zhang (China) and Paul Störm (Australia) tackle the historic and contemporary visions of China; while intimate shots of an architectural quirk in Singaporean public housing is explored by Jonathan Tan (Singapore).

The Open Architecture category (judged on a single image) sees a stunning aerial shot of Central Park in winter by Filip Wolak (Poland) while Attila Balogh (Hungary) captures the home of 40,000 Buddhist monks in Sichuan province, and the rhythmic compositions of futuristic North European design is portrayed by Martin Seraphin (Germany).

The shortlisted photographers from across the Professional, Open and Youth competitions will now compete to win their categories and the overall Photographer of the Year titles will be announced in London on 21st April. The photographers compete for a share of a $30,000 prize and each category winner receives the latest digital imaging equipment from Sony.

All shortlisted images will be shown as part of the 2016 Sony World Photography Awards Exhibition at Somerset House, London from 22nd April – 8th May and published in the 2016 edition of the awards’ book. 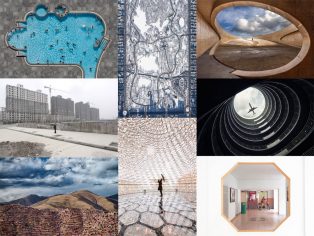 © Stephan Zirwes The Pools series is a study of water, one of the most precious resources for life on our planet. The artistic approach of photographer Stephan Zirwes is to show how the important resource is in contrast between being the consummate location for entertainment and the incredible waste of drinking water “not only for being used in private pools but also the trend to privatise what is a public asset and use it for commercial reasons. Public pools can still be a symbol for the importance that water should be free accessible to everyone. The clean formal language and the simple design of the pictures focus our interest on this newsworthy issue with elegance and almost playful. A deep dive into the blue as Zirwes copied parts of the original pool tiles and enlarged them in a simple, visible way to create a kind of mount in patterns.

© Filip Wolak, Poland: It was one of those brisk wintery days in March 2015. Everyone was already tired of the long and tough winter here in the north east. Amazed by how clear the day was I took my Cessna above New York’s restricted airspace, which gave me a full freedom to roam. The winds were quite strong that day with no haze and unlimited visibility. With a bit of planning (and luck) I was able to capture perfect shadow alignment along the avenues – I had only one chance to capture – they were shifting fast. 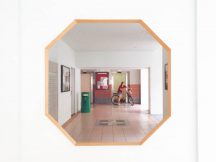 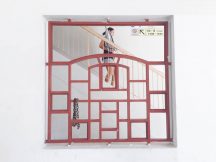