The Institution of Structural Engineers is pleased to announce that Dr Man-Chung Tang, Chairman of the Board of T.Y. Lin International, has been awarded its 2013 Gold Medal. The Gold Medal is the Institution’s most prestigious Award and is given to an individual who has made an exceptional contribution to the advancement of structural engineering. The Award was presented to Dr Tang in Shanghai on 31 October, whereupon Dr Tang gave an address on the theme of “Innovation”.

Dr. Tang has been awarded the Gold Medal in recognition of his outstanding work on the structural design of major long span bridges, exemplifying aesthetics, creativity and sustainability. The Award also recognises his Chairmanship of the American Society of Civil Engineers (ASCE) Committee on Cable Stayed Bridges, which published definitive guidelines on cable-stayed bridge design – used today by engineers all over the world.

He is the recipient of many other awards, notably the International Association for Bridge & Structural Engineering International Award for Merit in 2010.

Y.K. Cheng, President of The Institution of Structural Engineers, said:

“Dr Tang is a more than worthy winner of our Gold Medal Award. His contribution in bridge design alone marks him out as an exceptional talent in the international profession of structural engineering and another distinguished name to add to our list of previous winners. I offer my congratulations to him on this much-deserved recognition.”

For more information on The Institution of Structural Engineers visit www.istructe.org 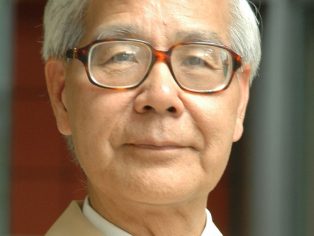