The importance of green building

Across the world, more developers are waking up to the significant benefits of green building. This is a big deal, as the construction sector has rarely been renowned for its green fingers. Indeed, it’s been estimated that the globe’s buildings are responsible for as many as 60 per cent of greenhouse gas emissions. However, as more of us begin to understand the effects of climate change, the construction industry is finally starting to adapt its practices.

What is a green building?

Buildings and the environment

During the construction of any new building, the materials and the methods used often have a direct effect on the environment. For example, it’s estimated that around 40 per cent of the carbon dioxide emissions generated by the sector are through the production of cement. However, it’s not just the construction of the building itself that will have an impact, it’s also what the building will be used for once it’s finished and how it will be run. It’s ultimately all about education – educating those at every level of business on the short and long-term benefits of using green building materials and operating green policies once construction is completed.

One small way to make any building greener is to make sure there are dedicated green spaces. Adding a small garden area to an otherwise completely grey office building, for example, will not only offset the carbon footprint of that building at least a small amount, but will give employees a space to reflect and relax and could go a long way towards improving their performance. Note that this does mean the office might need to employ a gardener, but you could go the other way and turn looking after the garden into a group bonding exercise? Gardening tools from SGS Engineering are affordable and easy-to-use and could be distributed amongst employees on a rota basis. 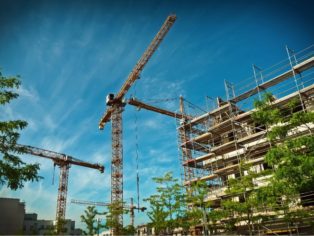