These schemes include a tower which uses algae to produce clean air, to tackle the vast dust cloud which plagues Beijing; repurposed oil tanks creating a new eco-park to restore destroyed habitats in Brooklyn; affordable modular water dwellings for Bergen in response to growing risks of flooding; a surge protection system to counter rising sea levels in Houston; the first energy positive airport city in the world for Oslo; and a residential community incorporating a large forest ecosystem reconnecting people with nature in Samutprakarn.

The projects illustrate architects grappling with some of the world’s most pressing challenges. This follows the establishment of ‘Architects Declare’, a collective of some of the most renowned practices who have come together to announce a state of climate emergency.

WAF will reconvene in Amsterdam, The Netherlands, from 4-6 December in 2019. This is the second time the event has been hosted in the Dutch capital, following previous editions in Barcelona, Singapore and Berlin.

The architects and designers behind each shortlisted project will compete for category prizes at WAF from 4-6 December. Presentations of the shortlisted designs will be made to more than 100 international juries in front of festival delegates. Category winners then compete against each other on the final day of the festival, to compete for the ultimate accolades of World Building of the Year, Future Project of the Year, Interior of the Year and Landscape of the Year.

“We have been inspired by the levels of innovation in this year’s entries, that show the incredible range of ways in which architects are responding to the global climate and biodiversity emergencies we face.

“WAF has attracted more than 1,000 entries, for the second year in a row, from 70 countries, and we look forward to more than 500 live presentations at the Festival in Amsterdam, showcasing these exemplar projects from around the world.”

WAF and its co-located event, INSIDE World Festival of Interiors, will welcome more than 2,000 of the world’s leading architects and designers to Amsterdam for three days of conference programmes, awards, exhibitions and fringe events from 4-6 December. 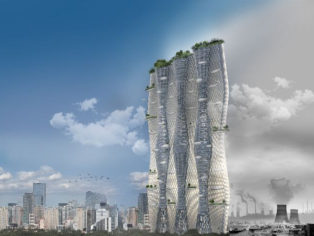