At a reception at the Royal College of Surgeons in Central London last week, approved inspectors and industry professionals gathered to celebrate the establishment of CICAIR Limited – the body designated by the Secretary of State in England and Welsh Ministers in Wales to approve approved inspectors.

CICAIR Limited is an wholly owned subsidiary of the Construction Industry Council (CIC) and its inception resulted out of recommendations from an independent review of the Construction Industry Council Approved Inspectors Registers (CICAIR) undertaken by former Construction Products Association Chief Executive Michael Ankers OBE in 2012. The creation of CICAIR Limited is the first in a series of wide reaching structural changes that are being undertaken to ensure that the standards insisted upon in the private building control sector are continuously refined and improved and the performance of Approved Inspectors is regularly monitored against these standards. CICAIR Limited is governed by a Board of Directors appointed by CIC from a range of backgrounds and specialisms, including private and public sector building control and the contracting, fire and insurance industries.

In his welcome, Tony Burton, the newly appointed Chair of CIC, had this to say:

“CICAIR is a big success story. Following the privatisation of the building control process as a result of the 1984 Building Act, CIC brought the professions together, despite disagreements, and established a template of knowledge and experience, drawn from all professional areas, that was accepted by the Institutions and Government. It has been sustained for almost 20 years through changes of Government and Government Departments. CICAIR is an example of an intractable problem being solved through the Institutions working collaboratively under CIC. One of my challenges to members is to find one or possibly two big issues where CIC could represent the views of built environment professionals to Government and wider society. The Approved Inspectors Register is just such an example of where professional bodies have worked together in a successful collaboration. It is exactly what we need to continue to do with big and seemingly impossible issues.”

Chairman of CICAIR Limited, the Rt Hon Nick Raynsford MP, thanked everyone involved in the success of CICAIR over the years. He reserved special thanks for Michael Ankers OBE, whose review of the operation, published last year, led to the formation CICAIR Limited as a separate legal entity. He stressed that CICAIR was “committed to delivering proportionate, targeted, firm and effective, but also light touch regulation, to ensure high quality and continually improving building control standards.” He emphasised that “this depends very much on the expertise and judgment of all our panel members and all the people who work to ensure that CICAIR’s remit is fulfilled” and he called on more professionals to come forward and join the panels.

“This is a very positive stage in the development and growth of the CICAIR scheme, as an important part of the construction industry process.” 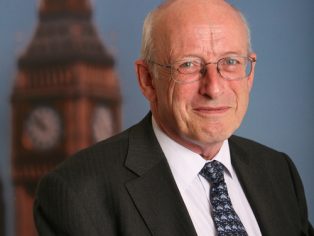 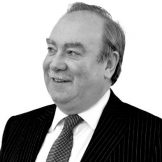