At a meeting of its Council, Members of the Construction Industry Council (CIC) voted in Professor John Nolan as its new Deputy Chairman, commencing with immediate effect.

John is expected to succeed Tony Burton, the incumbent Chairman, following CIC’s June 2016 Council meeting when Tony will stand down from his two year term of office and resume the role of Deputy Chairman for one last year, in accordance with CIC’s rules and byelaws.

John is a Past President of the Institution of Structural Engineers and is a Fellow of both that Institution and the Institution of Civil Engineers. He is also a Royal Academy of Engineering Visiting Professor of Innovation at the University of Birmingham and is a Chartered Engineer with over forty years experience in the construction industry. He started his career as a labourer and progressed from there to become one of the founders of two successful engineering consultancies, one of which, Nolan Associates, he still chairs. He has been responsible for projects up to the value of £300 million, including almost all elements of the built environment. He is also one of the founders and chairman of a property development company and is a non- executive director of a power company. John’s particular interests are innovation, factory engineered construction and value engineering.

“I am delighted to be appointed as the new Deputy Chairman of CIC and to be part of the team working alongside Tony Burton and Chief Executive, Graham Watts. The challenges and the opportunities facing the built environment are considerable and game-changing for the industry. As business picks up speed following a very difficult recession we must ensure that we have the leadership and the skills in place to deliver excellence.”

“I am delighted that John is joining CIC’s leadership team at such a pivotal time for both CIC and the industry. His wide ranging experience, skills and considerable reputation will be a great asset going forward.” 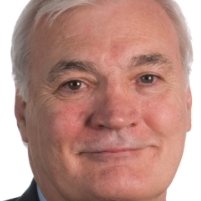