Taylor Wimpey East London received the Volume Housebuilding Award at a special ceremony held at The Hilton in Park Lane, London, on Wednesday 18th November for the annual Brick Awards 2015. Organised by the Brick Development Association, the awards recognise excellence in design and construction using brick.

Lee Rainforth, Technical Director for Taylor Wimpey East London, attended the event and received the trophy, which was awarded for the high quality of the housebuilder’s Praecedo (Phase 2) and The Quarters developments in Colchester, as well as City Mills in Haggerston.

The award highlighted the public and private spaces including secure and protected areas for the community to use at The Quarters and the way that the mass and scale of a relatively dense development at City Mills had been broken down.

Meanwhile, the range of architectural styles used to reflect the traditional military buildings and those of historic Colchester was praised at Praecedo.

“We are absolutely delighted to have won the Volume Housebuilding Award at the Brick Awards this year, which is a fantastic honour for the whole team here at Taylor Wimpey East London.

“These awards recognise excellence in design and construction using brick, and are a well-deserved honour for our architects, specialist brickwork contractors and site teams.”

Taylor Wimpey’s developments at City Mills and The Quarters are now sold out, while the final phase at Praecedo is now on sale, with two-bedroom apartments priced from just £167,995, and three and four-bedroom houses from £248,995 and £309,995 respectively. 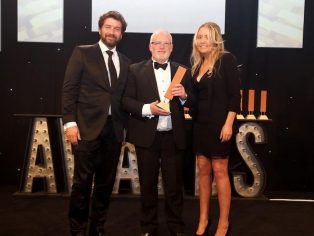