Stonewater, one of the UK’s leading social housing providers, has secured £50 million of 30-year funding from Affordable Housing Finance plc (AHF). The funding will help finance Stonewater’s ambitious affordable housebuilding programme which aims to deliver 2,765 new affordable homes over the next four years.

This was signed in two amounts of £25 million on 17 October 2017, and £25 million on 16 November 2017. The borrowing benefits from the guarantee by the UK Government under the Affordable Homes Guarantee Scheme.

“We are delighted to complete this loan. It will contribute to Stonewater building over 600 urgently-needed homes for affordable rent and low-cost shared ownership where they are needed most across the South West, Midlands and East of England,” says John Bruton, Stonewater’s Executive Director of Finance. “While we also use other sources of finance, the very low interest rate we have secured from AHF means we can do more to meet the huge housing need that exists than if we only had access to commercial loans.”

“We were delighted to be able to source what is now a very scarce resource of EIB funding for Stonewater. The low cost underpins Stonewater’s efficient creation of a large number of badly needed affordable homes in the South and Midlands.”

Formed in 2015, Stonewater is due to hand over its 2,000th affordable new home in January next year. 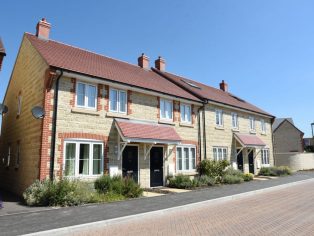