Stokvis Energy System has responded to the increasing popularity of communal and district heating systems by offering its H-Series Econoplate interface units.

There is a choice of single and twin plate units to provide heating and hot water services within dwellings such as apartments, student flats or around sheltered housing schemes. These in turn might be fed from a central plantroom – incorporating perhaps Stokvis Econoflame Boilers, a Stokvis Solar Thermal System, combined heat and power (CHP) unit, biomass boilers, heat pumps or some wider district heating source such as the waste heat from a power station/incinerator.

From the point of view of safety and simplicity, the concept of district heating does away with individual flues as well as gas supplies, and therefore also annual gas inspections. The Stokvis H Series units  are compact enough to fit within a kitchen or utility cupboard and incorporate all necessary valves, controllers and energy metering.

H1 (Single Plate) units can also be provided for heating only with separation of district mains from the dwelling, again with a single plate heat exchanger. This option would be used when either there is no hot water or hot water is to be provided by an indirect cylinder or other means.

The H Series range extends to cover underfloor heating applications which operate down to temperatures below 450 C, as is characteristic of many heat pumps; whilst also providing for a separate hot water supply via a separate plate heat exchanger.

Addressing maintenance issues there is an anti-lock feature which runs the pump for five seconds once a day during periods of non-use, and also pump run on after hot water provision to prevent calcification.

Stokvis Energy Systems has produced detailed technical literature on the H-Series which can be downloaded from their website www.stokvisboilers.com, while the company also offers comprehensive technical support to specifiers and installers 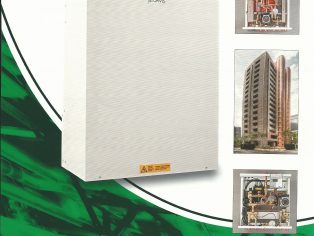