Stephen George + Partners, one of the UK’s leading architectural practices, has appointed two new directors as it continues the expansion of its residential practice.

Peter Brown joins from Nicol Thomas where he spent ten years, leaving as the company’s Director of Architecture. Peter has extensive experience delivering major residential and retail projects throughout the UK, from bespoke small developments to major 1,200+ unit sites.

In his new role at Stephen George + Partners’ Leicester office, Peter will take a hands-on role including: managing the design team, developing relationships with new and existing clients, preparing and leading presentations to local authorities, and solving technical issues on-site.

Kumar Muniandy joins the company from MKguru Architect Ltd., where he was managing director. Kumar brings a quarter of a century of experience to the role, with particular expertise in housing strategy, community engagement, zero carbon housing, and specialist care centre design. With his roots in the West Midlands, one of his key responsibilities will be to strengthen Stephen George + Partners’ presence and relationships in the region, operating from the company’s Birmingham office.

His work has gained frequent recognition, and his projects won the UK Housing Award and Housing Excellence Award in 2015, as well as LABC’s Best Social and Affordable Housing (West Midlands) in both 2014 and 2015.

“I’m excited to be joining Stephen George + Partners, a practice that’s renowned throughout the industry for the quality of its design work. The company is more than just an architects firm, though – it is a true multi-practice agency that brings many specialisms and services to the table, from transportation to retail, urban design to masterplanning. This means that we can target developers around the world at a more strategic level. I look forward to harnessing this expertise and experience to help drive Stephen George + Partner’s residential practice.” Peter Brown, Director, Stephen George + Partners LLP

“This is a critical period in the history of UK construction, particularly in residential. There is consensus among all the political parties that housing must be made a strategic priority, as evidenced by the government’s housing white paper. This is a time of great opportunity for the construction industry, especially businesses such as ours which can offer a wide range of strategic services to developers and local authorities. Kumar and Peter will both play vital roles in helping us seize the opportunity of a booming residential market.” John Morfey, Partner, Stephen George + Partners LLP 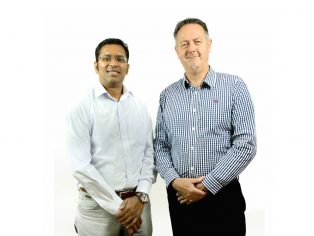