STANLEY Security, one of the UK’s leading security providers, has installed new CCTV and intercom systems at a number of residential blocks for property management company Griffin Grays.  The result has been a reduction in anti-social behaviour and a more efficient way of working.

Griffin Grays is a family led estate and property management company based in Grays, Essex.  The latest addition to its range of services, Griffin Block Management is a managing agent service specifically for residential blocks in the Thurrock area.

To provide customers with a professional, effective and value for money service, Griffin Grays was keen to investigate latest cost-effective security options, including an alternate supplier to its intercom systems.  Pam Honeywell, Property Manager for Griffin Grays, explains:

“The intercoms we had on most sites were installed with long term contracts that did not include any maintenance, so as well as paying for the rental of the intercom system we had to pay separately for repairs.  This system had been the same since the buildings were built, so the blocks were effectively paying a large fee for a very old system.”

In addition to replacing the intercoms, STANLEY Security has also helped Griffin Grays tackle an issue all too common to blocks of flats: fly tipping.

“Most sites have bin stores that are close to the roads which encourages non-residents to fly tip large items.”

STANLEY Security has installed small IP networked CCTV systems in these properties, consisting of four external cameras and some internal where required.  These are recorded to on site hard drives, although discussions are afoot to move to remote monitoring.  The CCTV has had an immediate positive impact: “To date the fly tipping has reduced as the cameras are highly visible.  In addition to this, when residents are dumping items, we are able to evidence this and charge them direct for removal, therefore reducing the overall costs of refuse removal.

“Some areas have been affected badly by antisocial behaviour; having the CCTV now gives us evidence to the perpetrators so that the police can deal with them appropriately.”

STANLEY Security has completed work at eight sites to date with a further three underway.  Each are under a ten-year contract which includes full service.

“Stanley were the most friendly and helpful contractors we had been given quotations from. They were professional and had a great understanding of the needs of a block of flats.”

For more information on STANLEY Security, please go to www.stanleysecurity.co.uk 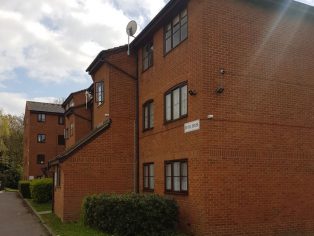