Social housing fund must support areas in most need

A Government injection of £2 billion into the provision of social housing must support areas in most need of funds, rather than focusing on what generates the best return in the shortest time.

Richard Cook, a specialist in economic development with Pegasus Group, said although the social housing sector will be pleased with the long-term element of Theresa May’s investment, the announcement last week didn’t set out how local authorities would bid for the cash.

“I believe that social housing providers and housing associations will become more important as the Government aims to hit its 300,000 new homes per annum target. The last time England saw that figure met was in 1969 – and that was when local authorities were responsible for building a lot of homes. Social housing providers are likely to be called upon to account for a substantial proportion of those homes moving forward.

“Just under 42,000 affordable homes were delivered in 2016/17, an increase of almost 30 per cent when compared with the previous year, so we’re heading in the right direction. However, if you take the government’s 300,000 annual target and assume that 30 per cent of this will need to be affordable, then we are looking at up to 90,000 affordable homes being required per annum. That is quite a shortfall, and leaves us with a long way to go before the housing crisis is solved.”

The Prime Minister told the National Housing Summit in London that money would be available for social housing projects running from 2022 until 2028/29 and that she wanted to get rid of the stigma that ‘still clings to social housing’.

“The Government has said that this will be new money, in addition to the £9 billion social housing fund that has already been pledged until 2022, and is for long-term funding.

“However, I think it is important that the bidding process recognises the need to support areas in most need rather than just focusing on what generates the best return on investment in the shortest timeframe.”

Richard is based in Pegasus Group’s Manchester office and leads on the company’s economics-related work. He has experience of working in economic development, with expertise in undertaking economic impact assessments, socio-economic analysis and economic forecasting.

He has worked on a variety of projects and produced numerous economic benefits statements to support planning applications for new residential schemes across the country. He has extensive experience of making the economic case for commercial development, which often includes reviewing the economic evidence bases of Local Plans on behalf of clients. 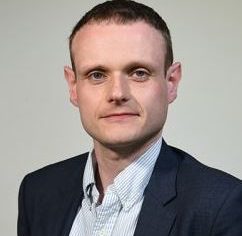