“UK standard forms of contract: are the cultural and legal concepts of such contracts applicable internationally?” will be the topic of the JCT Povey Lecture 2015, to be given by Sir Vivian Ramsey at Local Government House on Thursday 12 November.

In an increasingly globalised market, the opportunities for UK companies working overseas have given rise to the increased use of UK standard forms of contract around the globe.

The construction sectors in various countries worldwide are also recognising the expertise of UK contracting bodies, respecting the UK’s pedigree in terms of setting legal and construction standards.

This was evidenced recently by a presentation to the Danish Construction Contract Committee by JCT chair, Richard Saxon CBE, and the increasing adoption of JCT contracts as the contract of choice in large parts of the Caribbean.

Sir Vivian Ramsey will bring his experience and wide-ranging knowledge of the construction-legal sector to discuss the implications for UK contracting bodies when their products are adopted internationally, highlighting some of the broader cultural and legal issues faced when using UK contracts overseas.

“It is an honour for JCT that Sir Vivian Ramsey has agreed to present the JCT Povey Lecture 2015. The use of JCT contracts overseas presents a great opportunity for UK businesses, as well as helping to promote the expertise of the UK construction industry internationally.

“However, adapting UK contracts for international markets is not without its challenges, and we welcome a speaker with the expertise and eminence of Sir Vivian, who I am sure, will provide a vital and thought-provoking update.”

Sir Vivian Ramsey is distinguished in both the construction and legal sectors. Following a successful career as a civil engineer, working both in the UK and overseas, he was called to the Bar (Middle Temple) in 1979 and was a practising barrister in Keating Chambers from 1981 to 2005, being head of chambers from 2003 to 2005.

From 2005 to 2014 he was a High Court Judge in the Queen’s Bench Division and from 2007 to 2010 served as judge in charge of the Technology and Construction Court in London. He retired as a High Court judge in November 2014, but continues to act as a judge on a part-time basis. He lectures worldwide on construction and commercial law and procedure.

The JCT Povey Lecture is an annual event at which an eminent person is invited to give their thoughts on significant matters that are relevant to the construction and property industry. The purpose of the lecture is to stimulate thought and encourage ways of continuing to improve the quality and value of construction output. 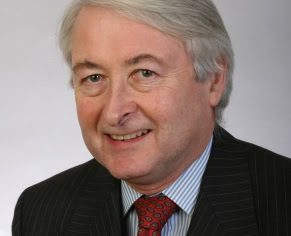