Sending out the wrong signals

For developers, telecoms has been one of those topics which everyone would prefer to avoid or pass over to a colleague.   It is an issue that comes fairly low down on everyone’s lists.  However, there is a real risk for developers if they fail to give any attention to the proposed New Telecoms Code.

On the face of it the New Code seems pretty favourable for developers.  You may be told that as a developer you do not have to worry about the New Code because it excludes code agreements from the security of tenure provisions of the Landlord and Tenant Act 1954, and also introduces development as a specific ground for terminating a code agreement.

So why then should developers be concerned about the New Code if they are able to remove operators and carry out their development?

Delay to developments
Whilst the 1954 Act is excluded, the New Code itself continues agreements on more restrictive terms than the 1954 Act.  This continuation applies to all agreements, even those that were contracted out of the 1954 Act.  A longer notice period of 18 months is required and there are very limited grounds upon which you will be able to end a code agreement; realistically it will only be if you are developing.  This means that a site could not be sold with vacant possession and introduces delay into the commencement of a development.

Under the current code, developers are in a fairly strong position when objecting to the installation of apparatus because of the potential compensation for loss of value.  This is usually enough to dissuade most operators.  However, the New Code replaces the old compensation regime with compensation based upon compulsory purchase values, which will not reflect the true diminution in value of land and could result in a loss to the developers.

Large developments requiring telecommunications
In respect of larger schemes where there is no mobile phone coverage and developers wish to enter into agreements with operators to provide coverage to their sites, the developers will be put in an unfair negotiating position.   The New Code introduces rights for operators to assign their agreement without any limitations or conditions, including the requirement to notify the developer/landlord of the assignment.  The New Code also introduces rights to share and upgrade equipment, provided two conditions are met: firstly that the changes will have no adverse impact, or no more than a minimal adverse impact, upon the appearance of the equipment, and secondly that there is no additional burden on the developer/landlord.  This would prevent a developer from being able to impose conditions on access for any sharers which has security implications, or recover any additional costs which would be incurred by leaseholders.  The concern is that having the operators on the site could result in a cost to the developer/landlord.

The Department for Culture, Media and Sport (DCMS) gave a conservative estimate that the savings to the communications sector as a result of the New Code and other changes was likely to be in the region of £1 billion over 20 years.  The inference is that the savings will come from landowners.

The proposed New Code was released on Tuesday 5 July as part of the Digital Economy Bill and had its first reading in Parliament on Wednesday 6 July.  The second reading, when the Bill will be debated, is estimated to be in mid-September when the current consultations with DCMS have been completed.

From my recent consultation with DCMS it appears that current consultations are more about “tweaking” the drafting of the New Code than any changes in principle.  Any significant changes would have to be at a political level.

I would encourage developers to engage in the debate for amendments to be made to the New Code in order to protect their interests.

If you are interested in more details about the New Code please contact me: tfellas(Replace this parenthesis with the @ sign)fladgate.com or 020 3036 7252. 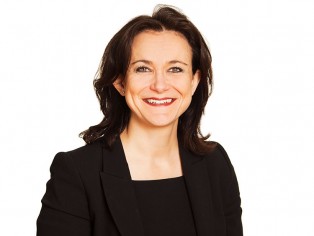