Scottish Widows Headquarters at Port Hamilton in Edinburgh has been sold for in excess of £105 million, reflecting an initial yield close to 5.10%, making it the largest ever office transaction in Edinburgh.

Port Hamilton is let in its entirety on a new full repairing and insuring lease to Lloyds Bank plc, the main trading company of Lloyds Banking Group, and is the headquarters for Scottish Widows, who have occupied the property since 1997. The lease was set for a term of 25 years from the date of sale, subject to a tenant break option on the 15th anniversary. The rent is subject to an annual increase on each anniversary of the lease commencement at the fixed rate of 3.00% per annum.

A range of UK and international investors bid for Port Hamilton at the closing date with the eventual purchaser being an overseas based private client of HSBC Private Bank.

“Edinburgh has long marketed itself as a destination for overseas investment, and this sale truly underlines the City’s credentials. The combination of Edinburgh as an investment prospect, a truly HQ office building and the long secure income resulted in significant interest from global investors and enabled the completion of a quick sale.”

JLL and CBRE acted on behalf of the vendor, Aberdeen Asset Management; CMS were legal advisors. 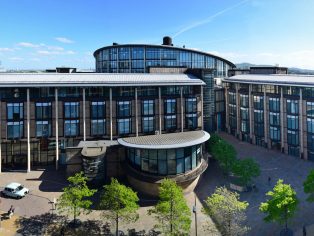