The new offices houses around 600 people under one roof ranging from call handlers and dispatchers to other central services including the force’s executive team, finance, human resource, and information technology departments.

Having unveiled a commemorative plaque in the atrium the Princess said:

“I remember your previous building and I am sure that this one is considered to be huge improvement on that.”

The former building, due to be demolished, was constructed in the 1960s and was outdated and had become a drain on resources, costing significant amounts to maintain.

“Instead of spending on utilities and repairs we can now spend on cops. As a result of moving here we have got 17 additional cops on the streets.”

The Building Management System is able to analyse internal and external environmental conditions, making millimetre adjustments to the window openings across the whole façade to provide optimum conditions to the workplace.

“The Royal opening of the headquarters acknowledges its importance not only to the community but also the environment in terms of its innovative environmental management system and the way it so sensitively sits in this UNESCO World Heritage site.”

Actor Martin Shaw also visited the headquarters during filming of the new series of Inspector George Gently, adding to its plaudits. He said:

“I was immediately struck by how well it sits in the landscape. It has clearly been designed with a great deal of conscious and respectful thought. The energy design is equally conscious, with environmentally friendly methods used throughout. It’s a remarkable achievement, and Durham can be both proud and reassured by the quality of their police service.” 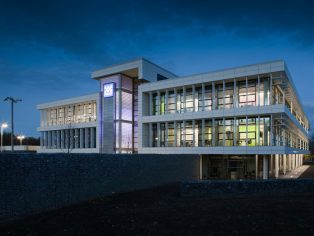 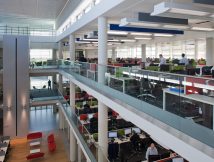 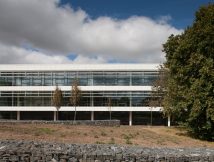