In one of the widest ranging investigations into the Right to Buy policy, the BBC has found former council tenants who bought and then re-sold their homes have made a collective profit of £6.4 billion since 2000.

BBC’s Shared Data Unit obtained and analysed data from HM Land Registry, the Registers of Scotland and the Northern Ireland Housing Executive. Data for 92,000 sales was published in Freedom of Information responses. In one example they found, a former Solihull council tenant bought their home under the Right to Buy for £8,000 and sold it on for £285,000 just nine days later in July 2013, making a massive profit of £277,000. The Solihull resident was among 140 former tenants who bought and resold their homes within one month, making a £3m collective profit. Recently the Government has attempted to extend the statutory Right to Buy policy to housing associations. A pilot scheme has begun in the Midlands in which HAs voluntarily signed up to participate in a scheme to sell homes to their tenants, with the Government reimbursing the cost of the tenants’ discount to the HAs. This allows the HAs to replace the sold properties, either with a newly built property or by buying on the open market. The £200m fund is expected to pay for approximately 3,000 sales through the scheme in which 45 HAs are taking part. The Home Group made their first sale at the end of March and has pledged to work with local authorities towards replacing every home sold through the Right to Buy pilot with two newly constructed homes.

Referring to the BBC report, the Chartered Institute of Housing said it was “shocking to see the extent of the profit margin”. The CIH has been calling for the scheme to be suspended in England, following its abolition in Scotland in 2016 and in Wales at the beginning of this year. Tenants qualify for a discount to buy their home and this increases according to the length of their council tenancy. However, when RTB properties are re-sold within five years of their original purchase, a proportion of the discount has to be repaid. This would have eaten into the profits made by the cases reported on in the investigation The scheme has been dividing opinion since its introduction back in 1980. It has seen 2.6 million council homes sold to the former tenants, at discounts of up to 70 per cent of the open market value although these are also subject to caps of £82,800 across England and £110,500 in London. Housing Minister Kit Malthouse said the policy had helped people “achieve their dream of home ownership”. But Polly Neate, chief executive of Shelter, said the scheme had “stored up serious trouble for the future as we’re still building far fewer homes than we’re selling off”. A total of 2,645 homes were sold under Right to Buy in the three months up to and including December, which was down 20 per cent on the 3,320 homes sold under the scheme across the same period in 2017. The pilot scheme which is extending the scheme to HA tenants in the Midlands has attracted controversy due to the shortage of affordable housing for rent. The National Housing Federation is working with participating HAs and civil servants to develop “safeguards to stop the loss of social housing” by ensuring a new affordable home is built for every property that is sold. However, a decision on the next steps for this policy and whether it is rolled-out to all HAs, is not expected to be made before 2020. 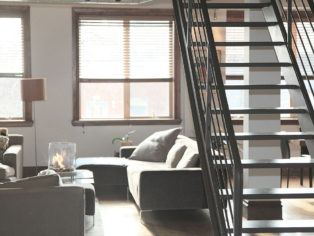