The 2017 RIBA President’s Medal for Research was presented to Dr Edward Denison of the Bartlett School of Architecture, UCL – for the second time – and Guang Yu Ren, an independent researcher based in the UK, for their project: Ultra Modernism in Manchuria.

The paper explores ‘Ultra-Modernism’, an ideological term employed to describe Japan’s encounter with modernity and its distinction from western precedents/constructed cannons, deemed historically and intellectually impartial.

‘Ultra-Modernism’ refers to the speed and intensity of the development of the north-eastern region of China formerly known as Manchuria before the Second World War, when Japan’s attempts to build an empire throughout the 1930s prompted the construction of over one hundred towns and cities in a new state they named Manchukuo.

The medal winner was selected from winners of the 2017 RIBA Research Awards, in four categories: Cities and Community, Design and Technical, History and Theory, and the Annual Theme which this year was ‘Housing’.

The winners of the 2017 RIBA President’s Awards for Research are:

“We were delighted to receive submissions from around the world again indicating the diverse landscape of architecture research across academia and practice. It made for a competitive and fascinating shortlist and our congratulations go to tonight’s winners and medallists Dr Edward Denison and Guang Yu Ren.”

The theme and dates for 2018 President’s Awards for Research will be announced in February. 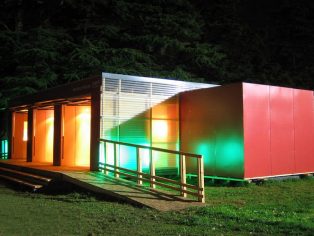 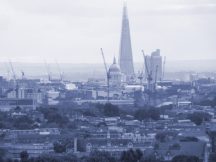