A leading aluminium systems company, Reynaers has become a headline sponsor of the Society of Facade Engineering’s FACADE 2017, the established international awards for facade engineering excellence.

The competition is designed to recognise, reward and promote excellence in the key disciplines of facade design, engineering and application. It has been created, managed and judged by some of the world’s leading exponents of facade engineering and design.

This year, winners will be announced at the highly prestigious Glass Supper on Thursday 7th December at The Tank in the Tate Modern, London.

“Reynaers is well known for its innovation in the industry and we are proud to support the recognition and rewarding of excellence in facade design, engineering and application.”

“Each year the standard of entries keeps getting better and better and we are very much looking forward to seeing the best of 2017’s facades thanks to these prestigious awards.”

“Reynaers has been a great supporter since the awards began. It shares the goals of the Society of Facade Engineering: to promote and advance the cause of facade engineering innovation and its mainstream take-up.”

“We’re very grateful Reynaers is helping the awards take place again this year, so we can get to shout about some of the best examples of advanced and imaginative building facades.”

Winners will be announced and presented by Saverio Pasetto Msc FSFE, Chair of the FACADE Competition, active board member of the SFE and Facade Technical Director at Skanska.

Entries will be judged by an esteemed panel starring some of the foremost experts from the field of facade engineering and design, including Chris Macey, Graham Hackley, Patrick Ryan, David Metcalfe, Mark Taylor, Steve Lo and Saverio Pasetto.

Entries for the competition are now open but must be received by October 1st; any facade contract practically complete between 31stDecember 2014 and 31st December 2016 and not previously entered in an SFE competition will be considered for the awards.

Further details on how to enter are available at sfecompetition.org/entry.html. 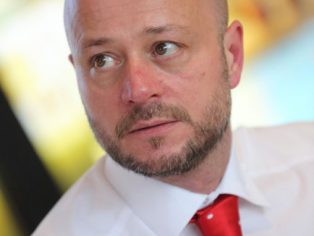