“This month’s results very much show a ‘business as usual’ period for the private rented sector, but this isn’t necessarily a good thing. Supply is still too low and almost a quarter of tenants are experiencing rent hikes every month as landlords try to recoup the costs lost trying to keep on top of all the recent legislative changes – including the recent energy efficiency deadline. For the last two decades, successive Governments have passed significant amounts of complex legislation for landlords, none of which have been properly policed or adequately enforced – but most of which cost decent landlords a lot of money.”

“This is why we’re so supportive of the Government’s proposals to crack down on rogue agents, and more recently, plans to confiscate properties from criminal landlords. The announcements mark a sensible shift towards focusing on the root cause of the issues affecting the sector, rather than trying to find solutions to individual problems. This, coupled with greater rental stock is the key to fixing Britain’s broken rental sector.” 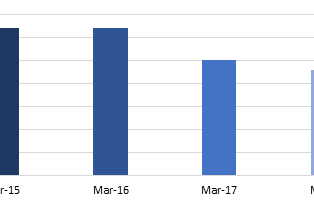