Carpenter Steve Jackson chose Westminster Slate, the latest tile from Redland – the UK’s leading manufacturer and supplier of pitched roof systems – when he built his own four-bedroomed house on a plot at Christchurch in Wisbech, Cambridgeshire.

A large format interlocking clay tile, the Westminster Slate has a hidden cut-back interlock and a finely tapered leading edge that makes it appear exceptionally slim.  It’s raised nail holes and custom-engineered head enables it to be installed on roofs with pitches as low as 17.5o.

“The planners wanted a slate roof or something that looked like a slate roof and this tile does have a very nice finish, almost shiny rather than the matt appearance of some alternatives I looked at”, he said. Although Steve is a carpenter by trade, this is the first time he has taken on the role of builder.

“It’s my first venture in building my own house, though I have worked on plenty of others. It’s one of a plot of four so I’ve done all the carpentry on it, my brother-in-law helped me with the groundworks and I’ve project managed the rest of the trades”, he explained.

Although it offers the quality and good looks of traditional clay tiles, the Westminster Slate is more cost-effective because – thanks to its size and interlocking design –  only 10 tiles are needed per square metre, rather than 60 traditional clay plain tiles.

Available in three classic colours – City Black, Cardinal Red and Old College Red –  the tiles can be laid on a variety of roof configurations. Hips and ridges are available in both Half-Round and Universal Angle, and in permutations to allow either a colour-matched roof or the contrast typically favoured on slate roofs. Valleys are detailed using Redland’s Dry Valley or 125 GRP Valley; while ventilation is afforded by the high-performance 8.8k ThruVent Tile.

The Westminster Slate offers developers, contractors, specifiers and local authorities a similar opportunity to roof and re-roof relatively inexpensively – and in clay rather than concrete like the Redland 49 – so they can benefit from the high performance and attractive appearance of clay tiles.

All Redland roofing products are rigorously tested, so Westminster Slate clay tiles have endured freeze-thaw, wind-uplift and strength tests as well as the state-of-the-art wind tunnel. This simulates high wind and driving rain to ensure that the tiles are weathertight in the most demanding conditions. These tests demonstrate that the tiles meet all the requirements of BS 5534: 2014 Code of practice for Slating and Tiling if installed in accordance with Redland fixing recommendations.

Find out more at www.redland.co.uk/westminster 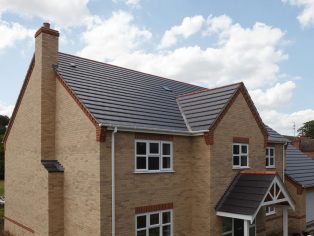 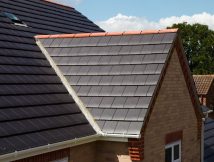