When the 80-year-old roof of Richard Hale School in Hertford needed replacing it was imperative that new clay tiles matched the existing in appearance, not only because the school is in a conservation area; but it is also situated directly opposite the local authority’s planning department. Consequently, the obvious specification choice was Rosemary Clay Craftsman tiles in Victorian from Redland, the UK’s leading manufacturer and supplier of pitched roof systems.

“The roof was beginning to fail in several places and it was very difficult to maintain because the pitches are so steep,”

“It was a pressing job because there are three things that can close a school if they fail: the windows, the boiler and the roof!”

Founded as a grammar school in 1617, Richard Hale is a boys’ secondary school with academy status, with more than 1,000 pupils, including its co-educational sixth form.

The massive job of replacing the 165,000 tiles went to the Breyer Group, which also installed new gutters and fascias.

“Redland supported us all the way along, ensuring that we had a steady supply of materials and advising on accessories such as vents,”

“We’ve got a long-standing relationship with them, and have always enjoyed very good technical support.”

Rosemary clay tiles are an intrinsic element of Britain’s vernacular architectural style. The Rosemary Clay Craftsman tiles are created on a bespoke production line so that they may look as if they were made in the 19th century but perform with all the attributes and strength of a 21st century tile. Each Craftsman tile looks like a genuine handmade clay tile because it has a textured surface, an irregular front edge and varying hanging lengths.

Three colours are available: Hawkhurst and Albury, which have fine, red sanded surfaces and varying amounts of random black patterning to provide aged, weathered looks; and Victorian, a dark and blackened clay with a grittier texture.

Redland’s Group wind tunnel has been used to test the tiles, using different combinations of high wind and driving rain to determine the tile performance in terms of wind loading and weather tightness. These tests proved that Rosemary Clay Craftsman plain tiles conform to BS EN 1304: 2013 Clay roofing tiles and fittings – Product definitions and specifications and will meet all the requirements of BS 5534: 2014 Code of practice for slating and tiling (including shingles), if the installer complies with Redland fixing recommendations.

For more information on Rosemary Clay Craftsman and the new Victorian colour or to request a free sample, please visit www.redland.co.uk/craftsman 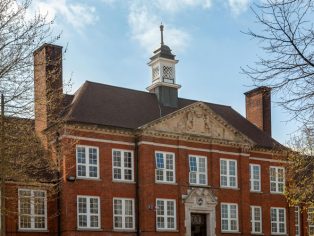